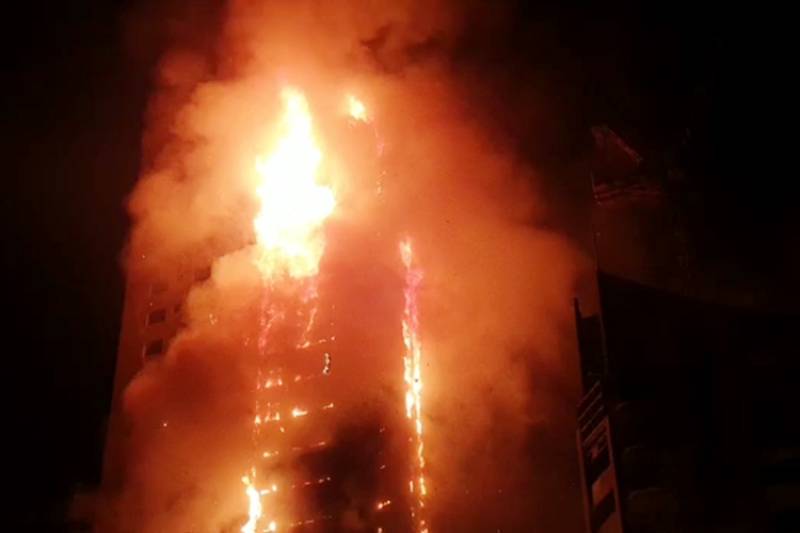 According to media reports, the massive fire was broke out in 56-storey Abbco Tower in Al Nahda, was brought under control by firefighters after huge efforts.

The residents of the tower were evacuated. Fire tenders from several areas took part in the dousing of the blaze.

The fire happened in the highrise in Al Nahda.