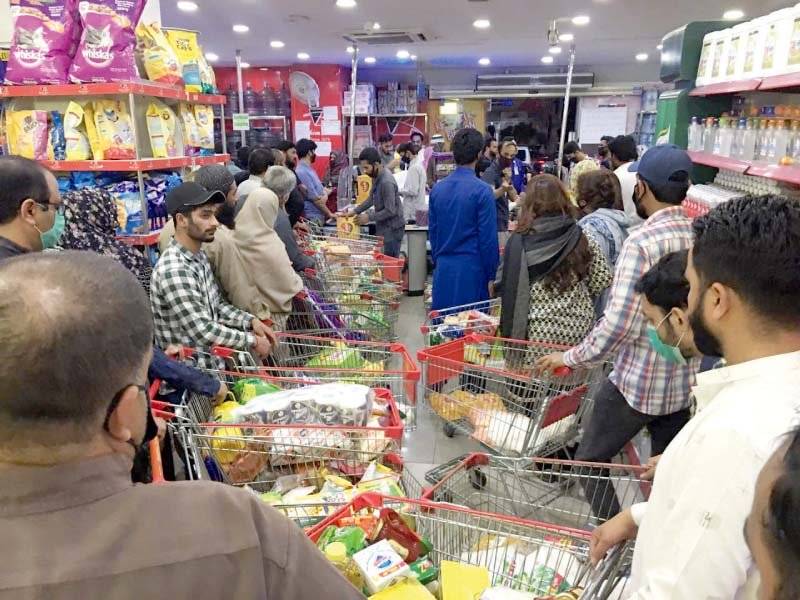 In a video message release from the chief minister House on Wednesday, Syed Murad Ali Shah said that cases of local spread were increasing equally in urban and rural areas. He added that a villager who recently visited Hyderabad and got himself infected there. When he returned to his village he infected others, he said and added "we checked his 30 relatives/connections, of them nine were infected by him," he deplored and added this was why he had decided to start random testing at grocery shops, vegetable shops and such other places where people go off and on.

Syed Murad Ali Shah said that random checking at grocery shops was aimed at checking the local spread and then take a new strategy to contain the virus further. "I have issued the directive and hoped that the people will cooperate with the field staff of our labs," he said.

The Sindh chief minister sharing the situation report of coronavirus said that 3671 samples were tested as a result 451 new cases emerged while nine more people lost their lives while struggling against the infection.

He said that 3671 tests were conducted between May 5 to May 6 and found 451 new cases. The number of tests conducted so far come to 72,544 against which 8640 cases were diagnosed. "451 cases against 3671 tests constitute 12.3 percent positive rate," he said and added the ratio was high and alarming.

Syed Murad Ali Shah said that nine patients succumbed to the virus infection talking the death toll to 157 which was 1.8 percent of the total patients. "Yes, we have a good news also that 60 more patients have been cured and discharged and now the number of patients who defeated the virus and recovered has reached to 1731 which is 20 percent, he said.

The chief minister sharing the data of 6752 patients under treatment said that 5528 or 82 percent of the patients were in home isolation, 721 or 10 percent were at Isolation centers and 503 were at different hospitals. He added that 89 patients were in critical condition, of the 14 were on ventilators. He prayed for their early recovery.

He added that 24 new cases have been diagnosed in Shikarpur, 19 Sukkur, seven Larkana, five Hyderabad, four Sujawal, three Ghoti, two Sanghar, one each in Matiari, Mirpurkhas and Dadu.

Syed Murad Ali Shah said that different flights have brought back 2369 stranded Pakistanis and all of them were tested. As a result, 515 of them came positive which was 22 percent.

He said that the patients were being taken care of properly.

The chief minister reiterated the people of the province to follow the SOPs and observe social distancing.

The meeting discussed the matters pertaining to lockdown particularly the post May 9 measures.

The meeting was also attended by the chief ministers and ministers of other provinces, including of Gilgit Baltistan.