Ditching dollar, Iran and Turkey to trade in national currencies 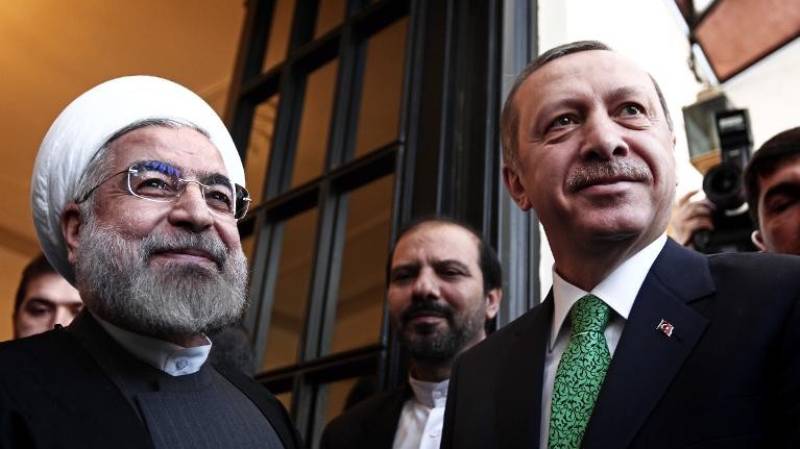 TEHRAN  - Turkey and Iran have decided to take a historic step by using their corresponding national currencies in trade while setting aside the US dollar, according to Russian media.
The announcement was made by Iranian President Hasan Rohani after welcoming his Turkish counterpart, Recep Tayyip Erdogan, on an official visit to Tehran, according to the Sputnik website.
"We have made very important decisions to strengthen and expand economic relations, one of the most important is to use our national currencies in trade," Rohani said.Customs doors will remain open 24 hours a day, he said.

The Iranian leader pledged support to Turkish businessmen to encourage and facilitate investment.

According to Rohani, Iran and Turkey are planning to increase their trade to USD $30 billion a year. Both dignitaries witnessed the signing of four memorandums of understanding for cooperation and strengthening of their ties.

The documents include customs, banking, librarian and television cooperation.

Rohani and Erdogan announced that several bank branches will be opened in their respective nations.

The Turkish leader arrived in Iran on Thursday to meet with key Iranian figures. During talks, both leaders tackled fighting terrorism, the separatist referendum in Iraqi Kurdistan and the current situation in the Middle East.

Analysts have hailed Turkey and Iran's decision to trade in national currency. They say it is technically feasible particularly for bilateral energy trade.

Dr. Seyed Mohammed Hossein Adeli, Secretary General of the Gas Exporting Countries Forum (GECF), in an exclusive interview with Anadolu Agency in Moscow, welcomed Turkey and Iran's agreement on using national currency following the trend to use this over international currencies like the dollar.

"If sanctions, restrictions and political considerations are somehow limiting the countries' free trade, they will start having more willingness to do it [trade in national currencies]," Adeli said.

He asserted that this practice will have a knock-on effect on other countries that will follow suit when they see that it is not just possible but profitable.