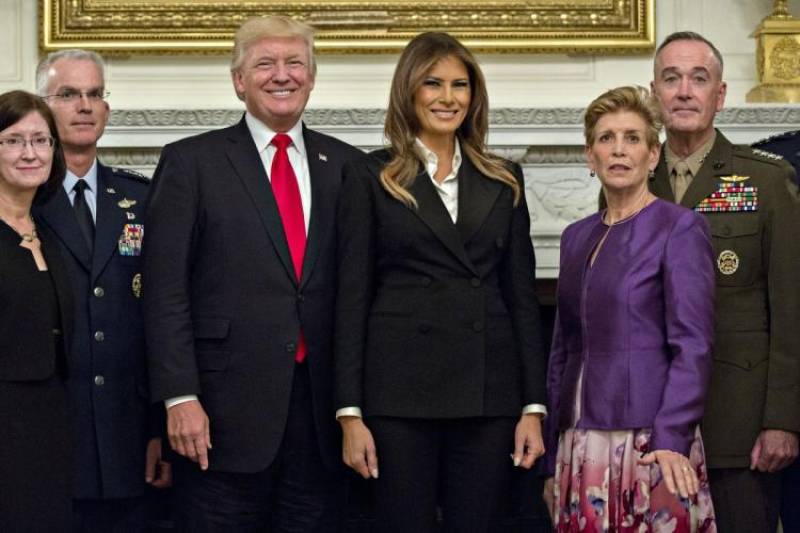 WASHINGTON - President Donald Trump delivered an ominous message Thursday night. Hewhile posing for photos with his senior military leaders, said that this might be "the calm before the storm".

While everyone was posing for the photo, Trump delivered a cryptic message to press saying, it might be the "calm before the storm". When a reporter asked the meaning of it, he said, "You'll find out".

Trump has declared Iran nuclear deal as disastrous during his maiden address at UNGA. He accused Iran of not living up to the deal. Washington and rest of world is suspecting Trump's intentions regarding the Iran nuclear deal.