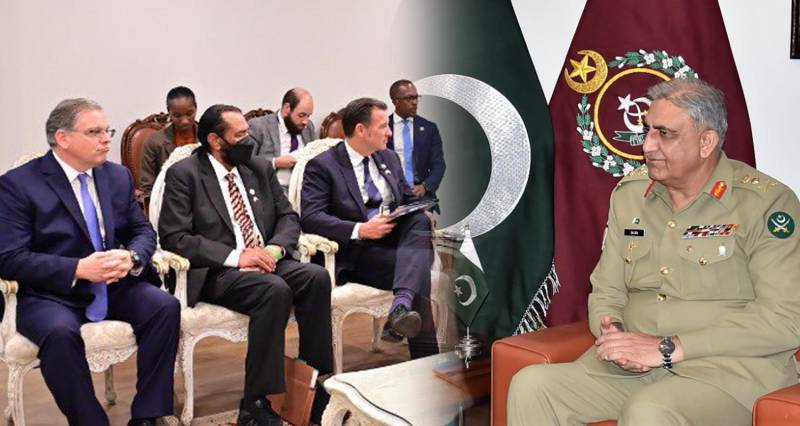 In a statement, the Inter-Services Public Relations said the top general met Congresswoman Sheila Jackson Lee, Congressman Thomas Suozzi, and Congressman Alexander N Green and highlighted the crucial role global partners can play in the rehabilitation of flood victims as one-third of the country has been submerged by historic flooding.

The delegation also expressed grief over the destruction caused by the ongoing deluges in the South Asian country and offered sincere condolences to the families of the flood victims.

The ISPR added the visiting delegation offered Washington’s support to the people of Pakistan at this hour of need.

Officials also appreciated Islamabad efforts for regional stability and pledged to play their role in enhancing cooperation with Pakistan at various levels.

General Bajwa expressed his gratitude for the support and reiterated that assistance from Pakistan's global partners was vital for the rescue and rehabilitation of flood victims.

Earlier, the visiting members visited the flood-affected regions, where they were briefed on the relief and rescue operations.