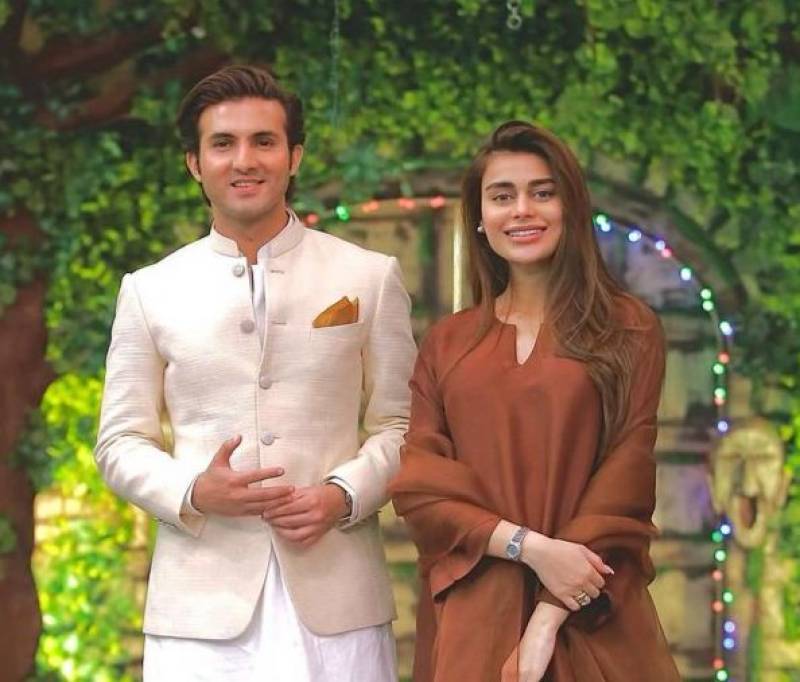 Pakistan's celebrity couple Sadaf Kanwal and heartthrob Shahroz Sabzwari have mastered the art of staying in the headlines and this time around, the duo has landed under the radar over pregnancy rumours.

The netizens have been speculating that the supermodel is pregnant after she appeared on a game show with her husband.

The duo appeared on a TV show last night as a pleasant surprise to their fans. The host, Fahad Mustafa welcomed Sadaf to the stage and Shahroz repeatedly saying ‘Aram se’ 'Ararm se' (carefully) gave a subtle hint to the fans.

The Nand actor's worrisome tone also left tongues wagging. The small clues gave away the untold story and the clip stormed the internet. The 28-year-old model looked gorgeous in a brown dress.

Her outfit took the spotlight and fans loved her dressing sense. She paired it with the matching organza dupatta which she smartly layered on her shirt to cover up.

However, Sadaf and Sheroz have not revealed anything about extending family, but fans are friends are speculating that they are expecting their first baby together.