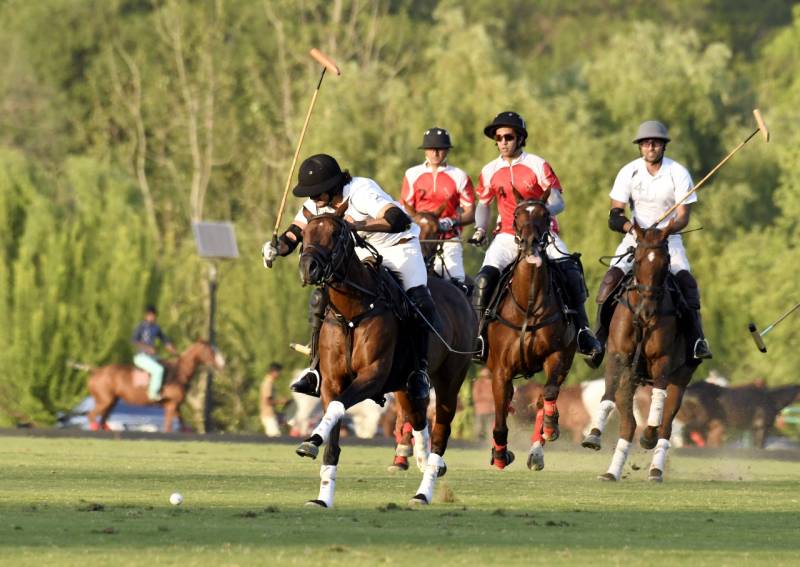 The first match of the day proved a thrilling encounter where Team Asean defeated BN Polo by a narrow margin of 5-4. Both the teams played really against each other and continued to fight till the end and when the final whistle was blown, the score was tied at 4-4. The match was then decided in the sudden death chukker, foreign player Bauti Fenell smashed in a match-winning goal to steer Team Asean to a close 5-4 triumph.

Bauti Fenell emerged as hero of the match for Team Asean as he did magic with mallet and polo pony and amused the spectators with his spectacular game and skills. He contributed with three tremendous goals while his teammate Raja Jalal Arslan also played well and banged in a beautiful brace.

Team BN Polo also fought well for each and every goal and matched fire-with-fire till the end but they couldn’t finish the match well in the sudden death chukker, thus lost the thriller by a slight margin of 4-5. Eulogio was the key player from the losing side, who hammered a hat-trick of goals while the remaining one came from Babar Naseem.

Team work and collective efforts helped Kalabagh/Shahtaj record an impressive 8-6 triumph over EFU-PAF in the second match of the day. Team Kalabagh/Shahtaj dominated the match right from the word go and maintained their lead till the end. They though dominated the first three chukker while EFU-PAF made a strong comeback in the fourth and last chukker by hammering a hat-trick, but it was too little too late situation for them as they lost the encounter by 6-8.

Foreign player Guy Gibrat, Osman Khan and Raja Temur Nadeem jointly emerged as stars of the day from the winning team as they all pumped in a brace each while Adil Waheed and Asfandyar Khan converted one goal apiece. Hamza Mawaz Khan played well from the losing side by thrashing in three goals while Syed Aun Muhammad Rizvi banged in a brace and Sqn Ldr Hamza Iqbal scored one goal.

Now the main final will be contested between Team Asean and Kalabagh/Shahtaj on Sunday while the subsidiary final will take place on Saturday between BN Polo Team and EFU-PAF here at the Islamabad Club Polo Ground.