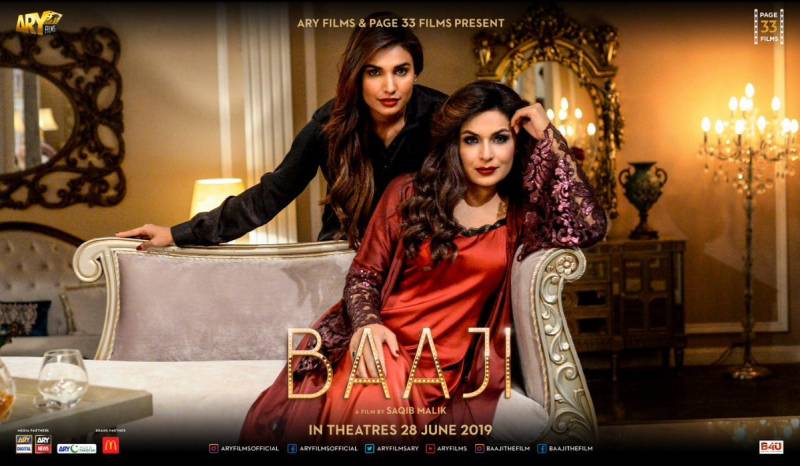 Baaji features Meera in the lead role, and it is widely regarded as her comeback in the film industry. The cast also includes Osman Khalid Butt, Amna Ilyas, Baji Ali Kazmi and Nayyar Ejaz in major roles.

Ali Kazmi attended the fest alongside Saqib Malik. The actor was the first to announce on Instagram that their film has won two awards. Baaji won the Jury Prize (audience recognition category) and Nayyer Ejaz won ‘Best Supporting Actor’.

“Screened at the #Misaff2019 film festival to a packed audience and we won the grand jury prize plus best-supporting actor Nayyer Ejaz the chaandest Kamal (runner up was me, that’s a win in my book being runner up to a legend like Nayyer Ejaz:) it’s not only a win for us it’s a win for Pakistani cinema on a global scale!” Ali wrote.

It is a dramatic tale of a fading Lollywood actress Shameera (Meera), who is not accepting that now her position in the industry is not much valuable.