Amir Liaquat and 2nd wife talk about their marriage 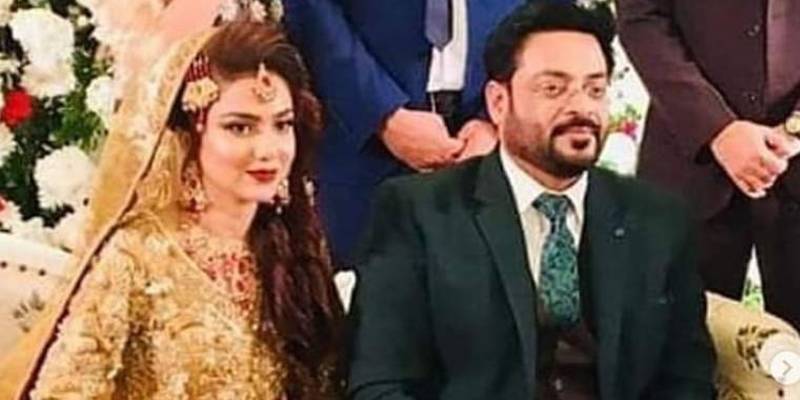 LAHORE - Amir Liaquat is a controversial name and an even more complexed personality. Tuba Amir is the woman who has decided to find the best in him in every way possible. The couple recently tied the knot to solidify their love.

Tuba and Amir appeared on Salam Zindagi with Faysal Qureshi and they showed their homely side to the country. They pretty much revealed what their bond is like, which seemed pretty strong.

Tuba was all praises for her hubby saying that she said that anyone who meets Aamir never wants to leave his side. She talked about his cooking, how he is one of the best cooks who makes amazing nihari and soup. His singing side was also appreciated by his wife to the max.

Who could have guessed his name on her phone is ‘panther’? We could have never guessed that!

Amir and Tuba's marriage has created a whole load of controversy and people are absolutely curious to see what chemistry the couple shares that no one else matter to them. What we see is that they really do share an amazing chemistry. They are actually oh so in love.