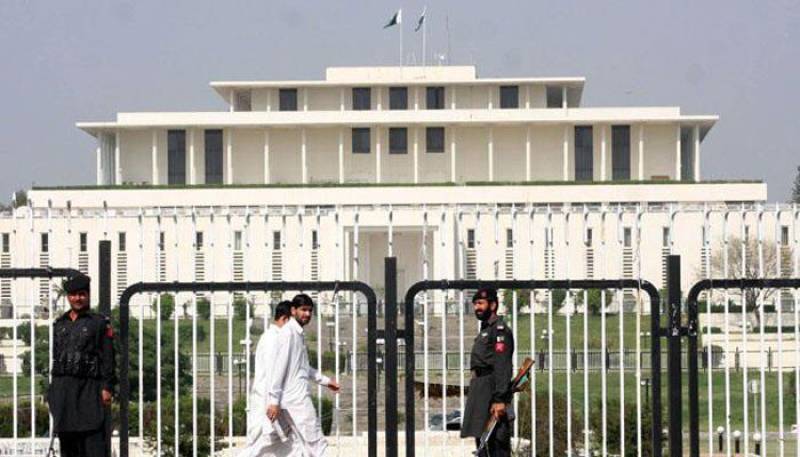 ISLAMABAD - Keeping up its promise of opening the gates of the highly secure VVIP premises, the Pakistan Tehreek-e-Insaf government will open the President House for the public on Saturday.

The President House will be opened from 09:00 am to 04:00 pm and families will able to stroll across its spacious green front and rear lawns that once were only open to the mighty and the powerful.

People will also be able to visit the grand halls, where oath-taking ceremonies of several heads of governments and states, ministers have taken place.

The home to once the all-powerful presidents; Ghulam Ishaq Khan, General Pervez Musharraf and Asif Ali Zardari, the building has seen history being made. The white squarish building represents a modern step pyramid architectural style and is flanked by the Prime Minister House on the one side and the Parliament building on the other.

Prime Minister Imran Khan, who announced strict austerity measures by his government, is currently residing in the Annexe used by the Military Secretary of the PM House, while plans are underway to convert into a research institute.

LAHORE - The Governor House Punjab was opened for public on Sunday where a large crowd gathered outside the historic ...

The Governor Houses at Karachi, Lahore, and Peshawar have already been opened up for visitors.

A spokesperson of the President Office said the public would be allowed entry to the Presidency from the National Assembly entrance and the people have been asked to bring in their original CNIC.

It was Khan's campaign promise to open up all state buildings to reduce a gap between the governed and the government.