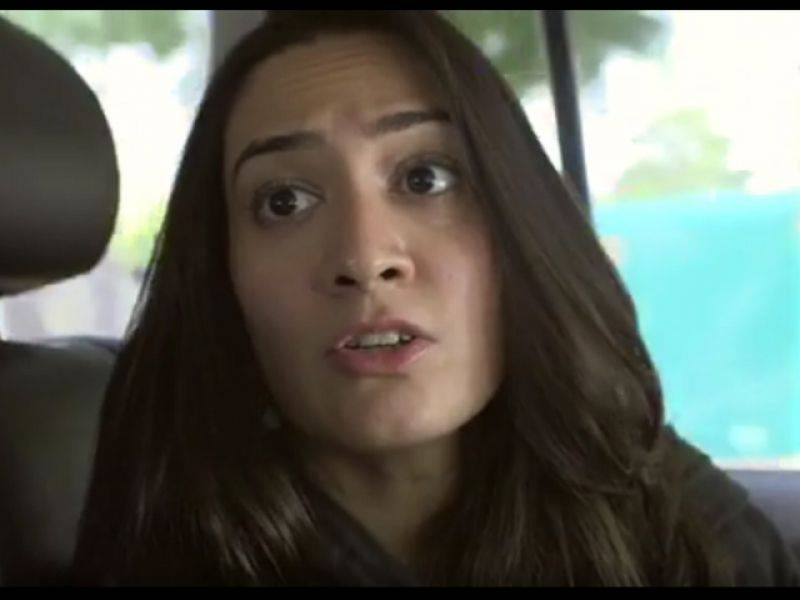 ISLAMABAD - A BBC journalist has claimed that Mufti Abdul Qawi touched her as she called on the religious cleric in the aftermath of Qandeel Baloch's murder.

According to reports, Hani Taha who is linked to British Broadcasting Corporation stated that she went to meet Mufti Abdul Qavi to record his statement after the death of social media sensation Qandeel Baloch.

Hani maintained that those who sided with Qandeel Baloch believed that mufti Qawi was somehow involved in her brutal murder, and held the view that Qawi was not questioned because of the strong support he enjoyed from scholars and preachers.

When Hani met Mufti Qawi, the latter enquired about the meaning of her name.

"I expressed my desire to offer prayer. In response, Mufti Qawi posed asked me the meaning of my name," she said.

The BBC journalist then claimed that after the prayer, Mufti Qawi touched her cheeks which she considered unacceptable behavior for a religious cleric.

"Whatever the intention of mufti Qawi was (for touching my cheeks) it was definitely irrational and vulgar,"Hani added.

The BBC journalist also reported her horrible experience when she approached Attiya Jaffery, the investigative officer of Qandeel's murder case.

The investigative officer was of the view that it was not a case of honour killing.

Listen to what Hani had to say regarding her shocking episode:

Police has absolved Mufti Abdul Qawi of all blame for the murder of Qandeel Baloch who was strangled to death on July 23 last year.