PIMS medical board finds marks of torture on Tayyaba's body 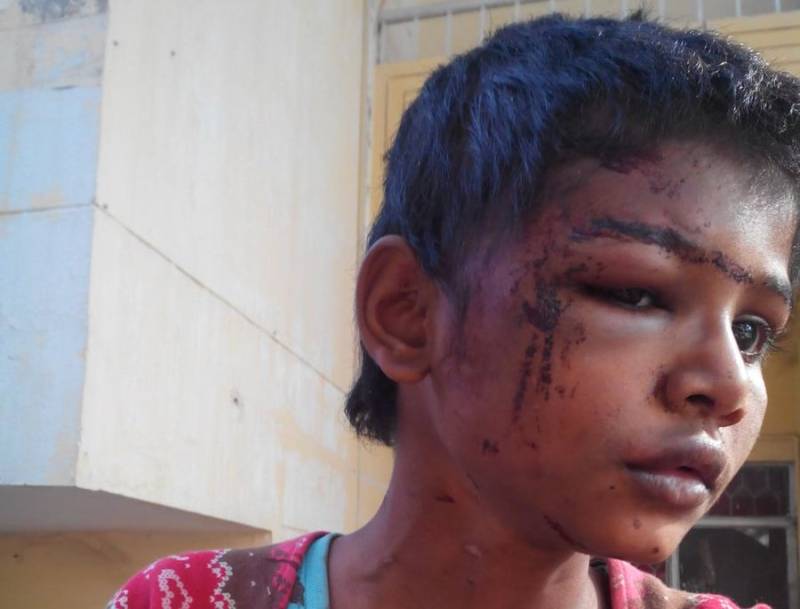 ISLAMABAD – Child maid, Tayyaba, who was tortured at a serving judge’s household, has been shifted to Crisis Center after a medical checkup at the burns unit of PIMS hospital on Monday, in which the doctors confirmed that she had been subjected to torture.

Meanwhile, blood and hair samples have been taken from her alleged parents for DNA tests in order to establish the identity of her real parents.

A five-member medical board conducted her medical checkup at PIMS hospital, where doctors asked her several questions about her injuries.

He said the detailed medical check-up report will be sent to the Supreme Court, adding that her burns injuries have been thoroughly examined. He also confirmed that the DNA samples of Tayyaba’s mother and brother Zain were also collected.

The little girl was recovered from the suburban area of the federal capital after she went missing when the apex court took suo moto notice in the case.

Tayyaba was subsequently recovered at the behest of the apex court after consecutive police raids. Chief Justice of Pakistan (CJP) Justice Saqib Nisar took notice of social media posts regarding severe torture that the minor maidservant was allegedly subjected to.