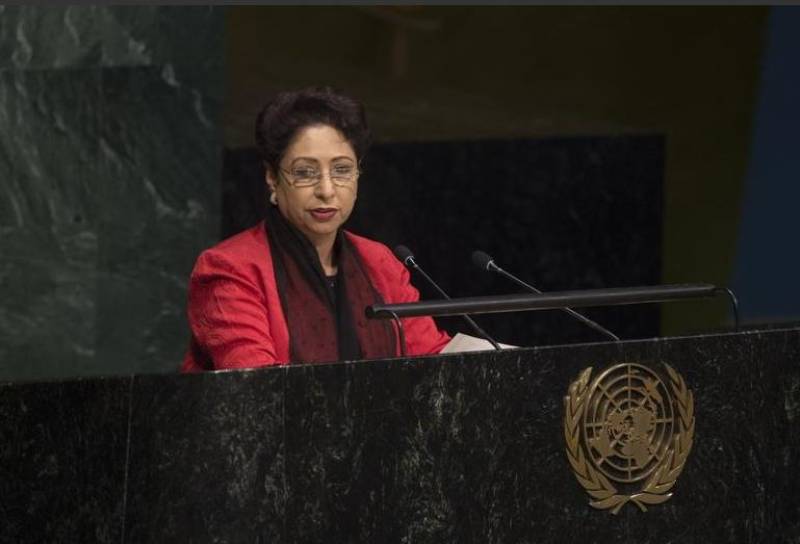 NEW YORK (APP) - Pakistan has reiterated that a just, sustainable and equitable resolution of the Middle East conflict is only possible through establishment of an independent Palestine state.

Speaking in a debate on Palestine in the UN General Assembly, Pakistan's permanent representative to the world body Maleeha Lodhi said, the Palestinian state should be based on pre-1967 borders, with East Jerusalem as its capital.

She urged the UN Security Council to play its due role in early resolution of the Middle East conflict.

Maleeha Lodhi expressed her support for the Palestinian demand for international protection.

She insisted that pressure be mounted on Israel to immediately lift the blockade of Gaza.

She also called for release of all Palestinian detainees, end to demolition of Palestinian houses and illegal settlement construction.