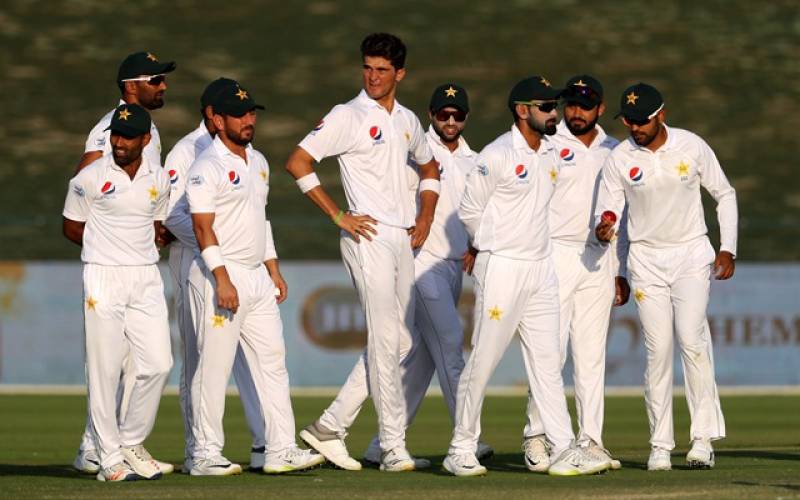 ABU DHABI - Pakistan have dropped to the seventh position on the MRF Tyres ICC Test Team Rankings after by losing three-Test series to New Zealand in the United Arab Emirates.

Pakistan was stood at sixth position with 95 points but it slipped one position with 92 points after the test series. New Zealand had started the series on 102 points, ahead of Australia by a fraction of a point, and have now moved to 105 points to get the fourth position.

New Zealand defeated Pakistan by 123 runs in the third and final Test at the Sheikh Zayed Stadium on Friday.

ABU DHABI - New Zealand defeated Pakistan by 123 runs in the third and final Test at the Sheikh Zayed Stadium on ...

The Kiwis have won the series 2-1. Chasing a 280 runs target, Pakistan batting line collapsed at 156.

The rankings will next be updated at the conclusion of the two-Test series between Kiwis and Sri Lanka. If New Zealand win 2-0, they will be able to clinch the second position.

However, if the series is won by Sri Lanka with 2-0, then they will rise to 97 points while achieving the sixth position and New Zealand will fall behind Australia in fifth position on 99 points.

As per the rankings, India have managed to hold on to their top position in the test series with 116 points. England is at the second position with 108 points and they are followed by South Africa with 106 points.