We braved NAB, others should too: Nawaz Sharif 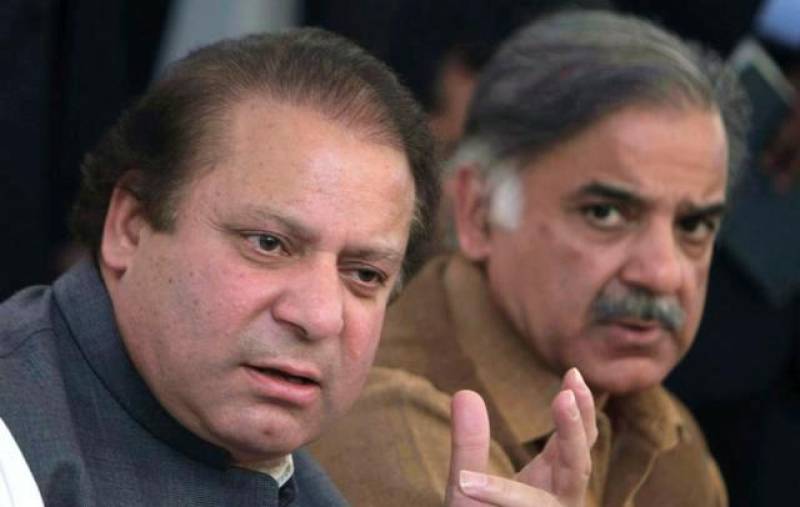 ISLAMABAD - Former Prime Minister Nawaz Sharif stated on Friday that the National Accountability Bureau should stay in place as others should face the bureau the way they did.

In an interaction with newsmen outside the accountability court in Islamabad, the supreme leader of Pakistan Muslim League Nawaz said that the dollar wasn't even raised by 10 paisas without permission during his term.

"There was a balance between the dollar and rupee during my stint. The world termed our economy strong and balanced from 2013 to 2017," Sharif said.

The PML-N leader challenged the incumbent regime and said "If we used artificial means to stabilise the dollar, then they can do it too."

“What is the artificial way to maintain the price of the dollar?” he further questioned after appearing before the NAB court in the Flagship reference.

The senior Sharif also dished in on the issue of his brother Shehbaz Sharif’s detention and demanded to know for what crime he has been imprisoned, adding that someone should ask how accountability is being done.

"NAB should probe into Imran Khan’s helicopter and his family’s assets. Record of our family’s source of income from 1937 is available," Nawaz Sharif suggested.

The former lawmaker said they were asked time and again about leaving the country after 1999 coup, asserting that Pervez Musharraf exiled them and they did not go intentionally.

Nawaz Sharif also displayed mistrust in the transparency of July 25 elections, expressing that Shehbaz Sharif fought election for the first time from Karachi and only lost by 500 votes to Faisal Vawda and 'we all know how he won'.