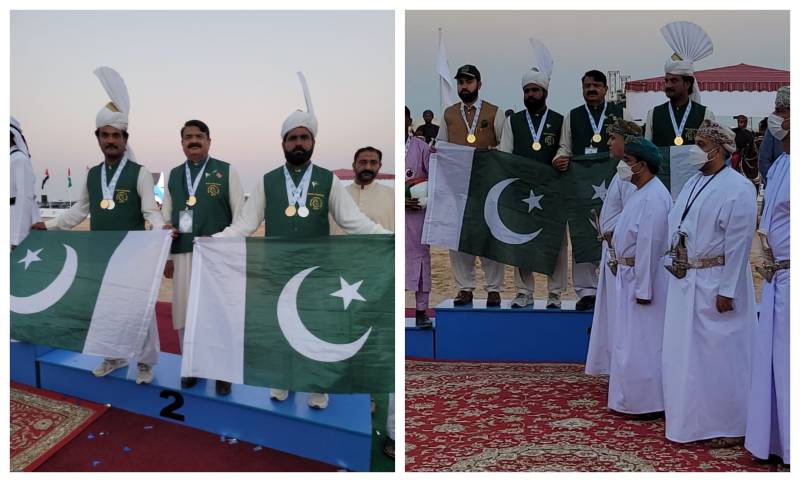 The tournament was held in Duqm, a port town on the Arabian Sea in Al Wusta Governorate in central-eastern Oman, from December 2-4.

Zulfiqar Ali Bagri, manager of the Pakistani team, performed the responsibilities of judge at the event. He also gave away souvenirs to the players and managers of different countries.

The Pakistan team will land at the Sialkot International Airport tomorrow (Wednesday).