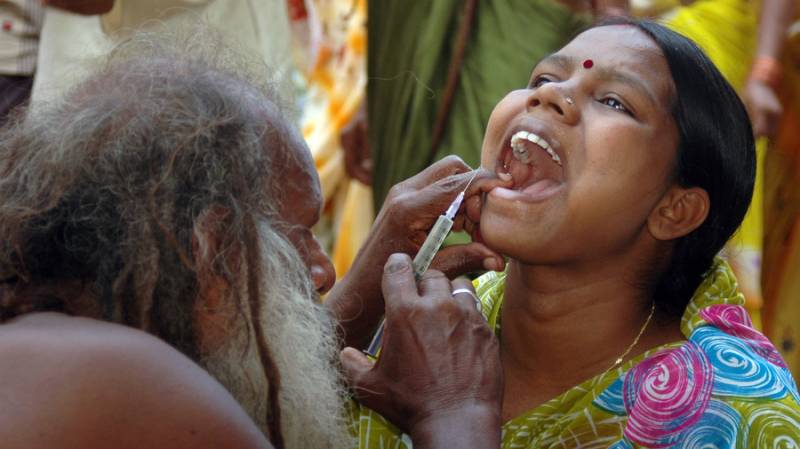 District administration also said it was looking at other reasons for the rapid spread of the infection in Bangarmau town, including the large migratory and trucking population in the area.

Other than the 58 cases, five more people have been declared HIV reactive, which means they might develop the infection later, according to data from the district magistrate’s office.

The prime accused, Rajendra Yadav, was arrested from the house of a relative where he was hiding, said Bangarmau station house officer (SHO) Amit Kumar Singh.

He has been booked under sections 269 (negligent act likely to spread infection of disease deadly to life) and 308 (culpable homicide) of the Indian Penal Code and section 15(3) of the Indian Medical Council Act.

But doubts about Yadav’s role have already started swirling. District magistrate NG Ravi Kumar said that while an FIR had been registered against Yadav based on villagers’ testimony, the fast spread of the infection indicated more than one factor might be responsible.

"He was like an angel for us. Government doctors would prescribe medicine from outside, which cost us between Rs 100 and Rs 300, but his injection worked for just Rs 10. If we got good government health care, why would so many flocks to Yadav,” a local resident told the media.

But the inexpensive treatment became a nightmare to dozens after they discovered they had been infected with one of the world’s most deadly viruses. Authorities already identified 58 people with HIV who allegedly contracted the virus due to Yadav’s treatment in Premgunj, Kareemuddin Nagar and Chakmeera localities.

“As of now, he is the one responsible for so many people catching HIV infection. There can be other reasons, but initial investigation puts the onus on him,” said SP Chowdhary, the chief medical officer for the city of Unnao, according to the Hindustan Times.

“When we asked these patients whether they had used common syringes, some of them told us about a doctor they went to who uses the same syringe on all his patients,” Chowdhary said.

“Patients have told us this man is about 35 years old and would go around on a bicycle, giving out pills and injections to treat colds, coughs and other ailments. He is a quack.”

According to reports, the purported doctor “vaccinated” at least 50 people a day using the same syringe. Yadav’s youngest victim is believed to be a six-year-old while most patients who have been infected are in their 70s.

HIV can survive in syringes for up to four weeks. In higher temperatures (27-37°C) common in India the deadly virus becomes inactive within a week.

In India, 57.3 percent of ‘allopathic’ physicians do not have a medical qualification yet practice medicine in rural communities in the country, the World Health Organization (WHO) report on the Health Workforce in India published in 2016 revealed. Furthermore, the report found that 31.4 percent of such doctors only had a high school education.