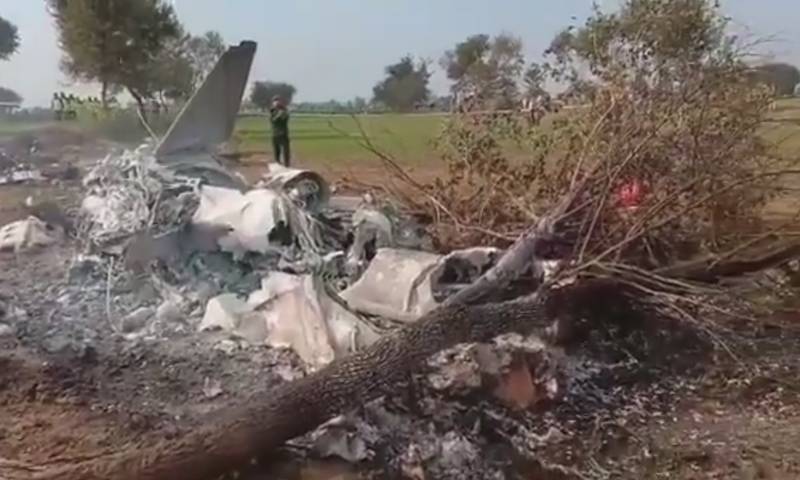 JHANG - A training aircraft of Pakistan Air Force (PAF) crashed in an area of Jhang while the pilot remained safe in the incident, local media reported on Friday.

The plane crashed near Chak No. 496 after it caught fire.

The pilot had managed to eject the plane and suffered few injuries but he is now in stable position, said reports.

Fire brigade and rescue teams have reached the support while the security officials have cordoned off the area.