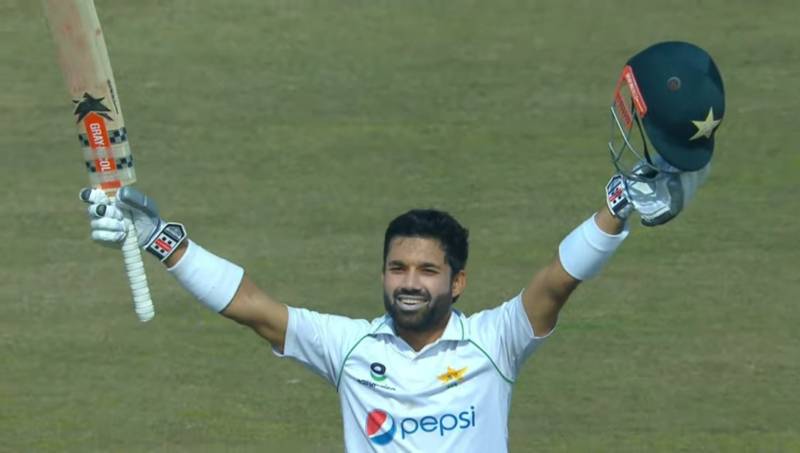 LAHORE – Pakistani wicketkeeper-batsman Mohammad Rizwan scored his maiden Test century against South Africa on Day four of the second Test match between the two countries, making him the first wicketkeeper to score a Test hundred against the Proteas.

Rizwan has silenced all of the Sarfraz fans.

He has a little bit of @gilly381 about him. Has the abity to change a game in a session #PakvSA

First Test hundred for Mohammad Rizwan, he is a street fighter in tough situations. 100* from 185 balls including 12 fours - Pakistan was 63 for 4 in the second innings when Rizwan came to bat - one of the finest WK batsmen in this generation. #PAKvSA pic.twitter.com/9PIXhZvX3F

Despite Pakistan’s 71-run lead in the first innings, the team crumbled and the top order got slaughtered, losing five wickets for just 76 runs. Rizwan came to the rescue and became the only batsman to cross the 50 line. The second highest score was Nauman Ali who only managed to score 45 off 78 balls before getting caught by Dean Elgar on Kagiso Rabada’s delivery.

Coming 6th into the field after the top order got crushed, Rizwan was supported by the lower order and managed to put Pakistan back into a fighting position.

You know you are fan of right team when the skipper and teammates celebrate each other's success ????????????

& It's not Sarcasm ???? #PAKvsSA pic.twitter.com/ROe5DZCVwG

So happy for Rizwan. What a century under pressure. Gutsy century.

South Africa is in a tough spot now, considering they have to catch up to a lead nearing 400 on the fourth day on a pitch that is slowly wearing down.

Pakistan lead the two-match series 1-0 after winning the first Test in Karachi by seven wickets and are hoping to win the series, making it Pakistan’s first Test series win against South Africa in nearly two decades.