Biden’s win as US president confirmed amid deadly Capitol protests 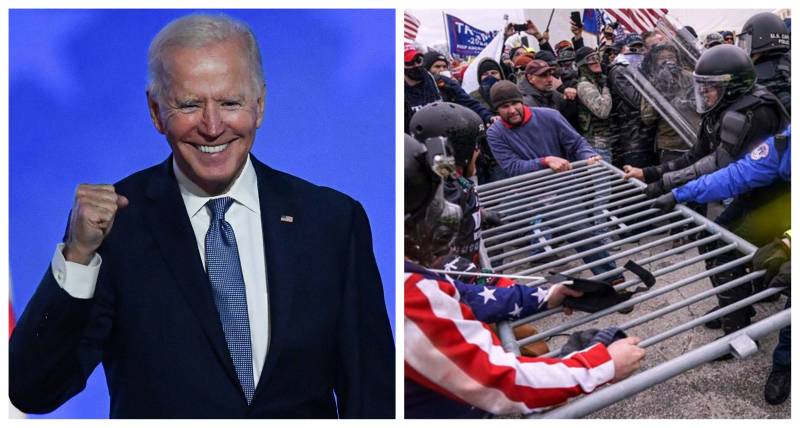 Four people were killed and 52 arrested during the riots. The violence halted debate in the House and Senate over Joe Biden's election win.

Meanwhile, President-elect Joe Biden has said that the attack on the Capitol is not a protest, it's an insurrection.

Donald Trump urged his supporters to remain peaceful and respect the law enforcement.

I am asking for everyone at the U.S. Capitol to remain peaceful. No violence! Remember, WE are the Party of Law & Order – respect the Law and our great men and women in Blue. Thank you!

The counting of Vermont's three electoral votes put Biden and Vice President-elect Kamala Harris over the 270-threshold needed to win the presidency.

The Senate and House rejected objections to throw out Georgia and Pennsylvania's electoral votes for Biden. Republicans also objected to Arizona, Nevada and Michigan's electoral votes, but the motions failed before they reached debate.