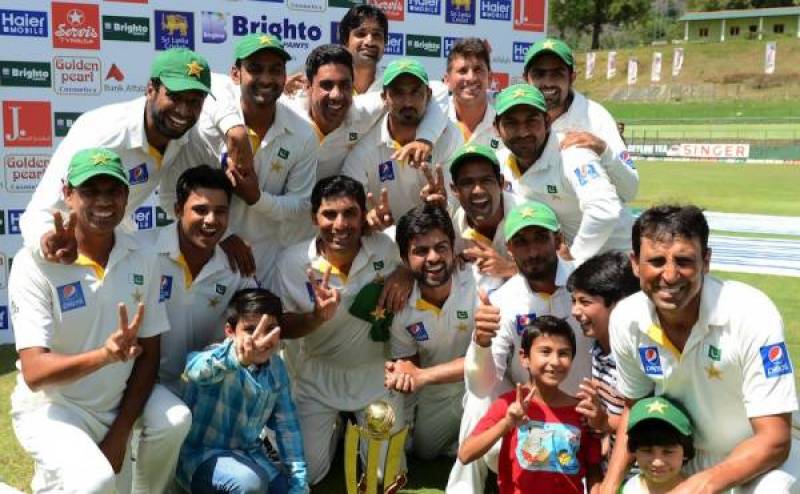 ISLAMABAD (APP) - Registering a series win against Sri Lanka after a historic run-chase, Pakistan on Tuesday leapfrogged India and New Zealand to be placed third in the ICC Test rankings.

The Misbah-ul-Haq-led rode on Younis Khan's unbeaten 171 to script a seven-wicket win, chasing 378 at Pallekele on Tuesday, Cricket Country reported. The 2-1 triumph in the three-match series also got the visitors necessary points to be placed behind leaders Australia and South Africa in the rankings table.

New Zealand and India are placed fourth and fifth respectively. Sri Lanka, in contrast, have dropped four points and have slipped to 92 points, while retaining their seventh position overall.

The Ashes begins on Wednesday and England will not only be aiming to reclaim the Urn but also improve its ranking.

England are currently sitting in sixth position and a series win by 3-0 or better will move it to as high as second.