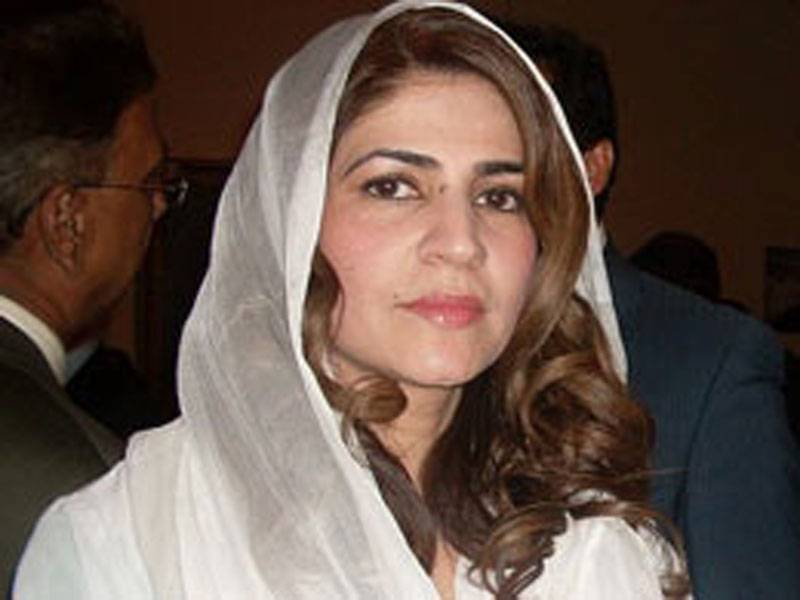 KARACHI (Web Desk) - Although there are several rumors about former president Asif Ali Zardari’s alleged wife Begum Tanvir Zamani but it has come to light now that prior to getting Pakistani nationality Ms Tanvir was an Indian citizen. 'Daily Pakistan' has gathered documents that support this statement. 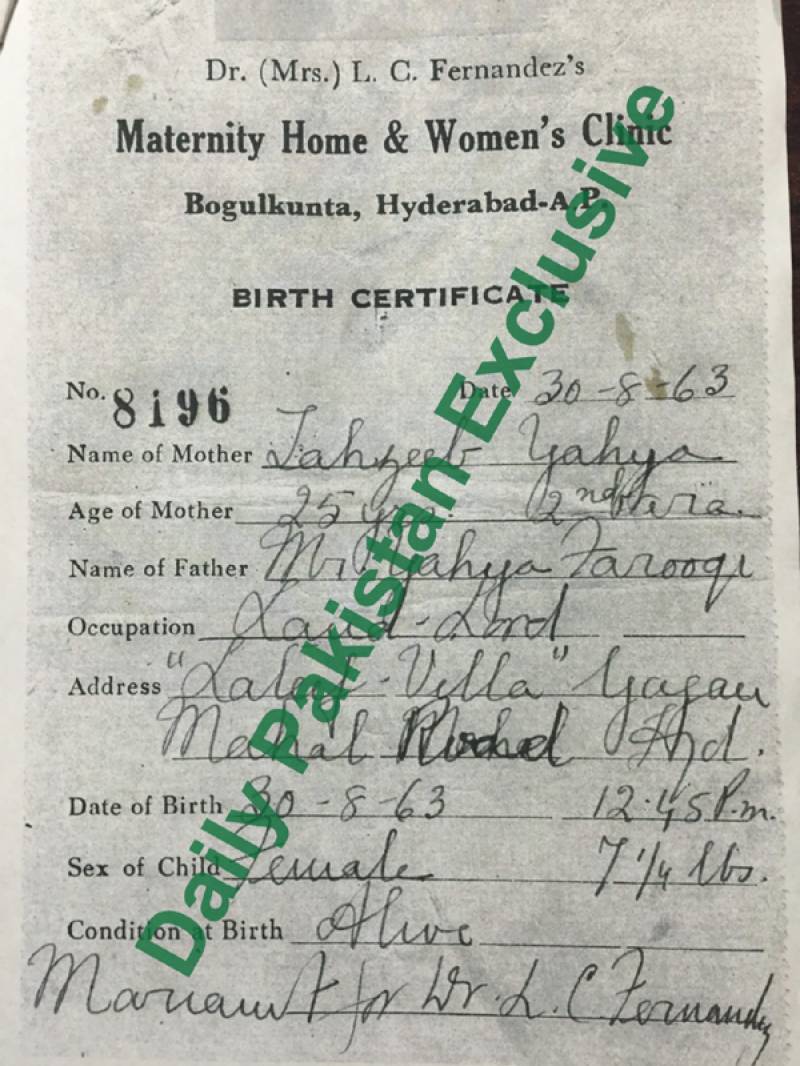 According to details Tanvir Zamani’s birth certificate clearly shows that it was issued in Hyderabad, India while name of the clinic and the doctor also hint at its Indian origin. Similarly an identity card has come to light according to which Ms Tanvir is an Indian citizen. Interestingly, Hyderabad, India has been mentioned as birthplace on Ms Tanvir’s Pakistani ID card. Documents clearly show that Tanvir Zamani was born in India but it’s not clear under what circumstances she was awarded Pakistani citizenship.

It’s worth mentioning here that earlier passport renewal form related to Tanvir Zamani also unearthed, containing names of her father and husband. According to that form Ahmed Ali Yahya Farooqi is her father and Javaid Tehseen Saddique is her husband.

On the other hand America has been mentioned as her present address while her permanent address is Gulzar Zubaida, Karachi. Tehseen Javaid Saddique is a doctor and currently practicing in Jackson Park area of Chicago. 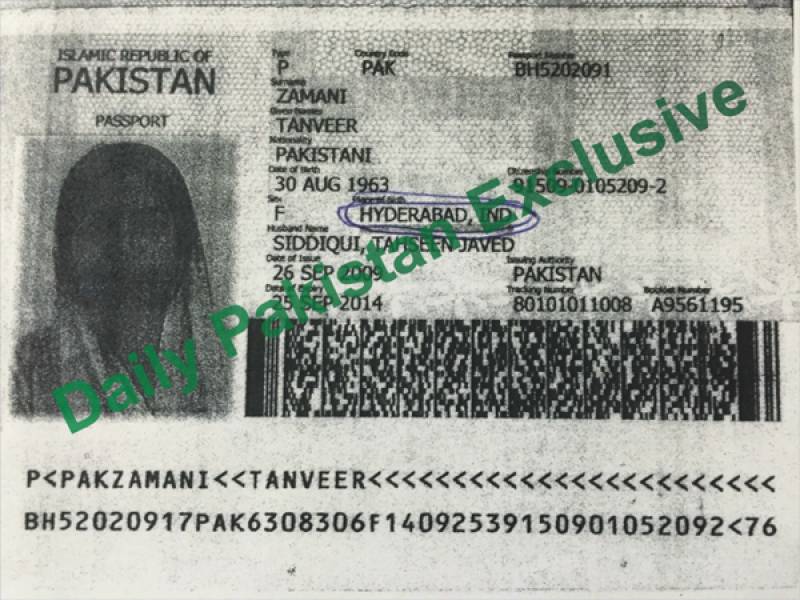 Many in Pakistan believe that former President Asif Ali Zardari married Tanvir Zamani, getting conviction from the fact that his alleged wife mysteriously avoided to clear the air around this rumor. She is  reluctant to disclose the name of her better half. Not only marriage, some journalists have claimed that Zardari and Zamani have a child together named Sajawal. In a recent TV interview Tanvir Zamani skipped a question regarding Sajawal by saying that all the kids of Pakistan are her sons.