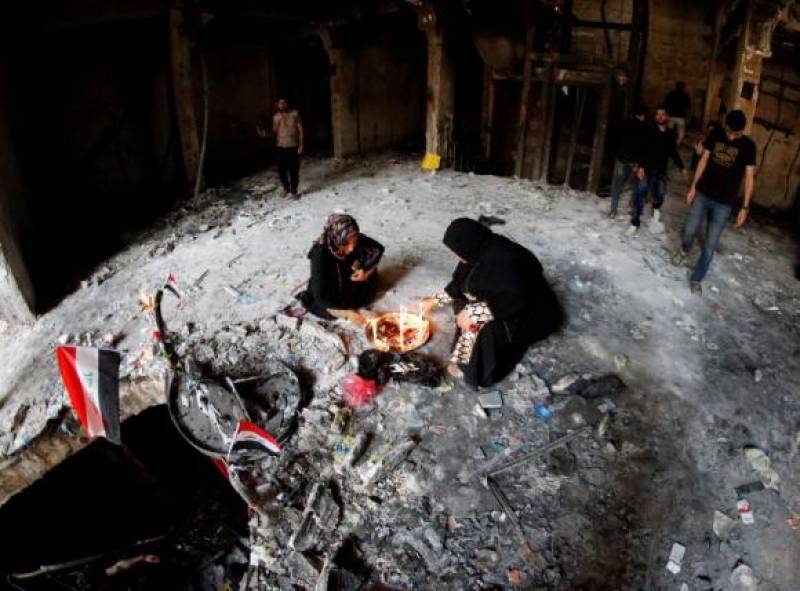 BAGHDAD - The number of deaths caused by Sunday morning's twin blasts in Baghdad has risen to 292 while dozens of wounded people are also being treated at different hospitals of the city, Iraq's Health Ministry said on Thursday.

As per the number of casualties, the attack is the deadliest bombing in the war-torn country since US-led forces attacked the country to topple Saddam Hussein's government 13 years ago.

On Sunday, immediately after the attack, the death toll stood at 82 while scores were reported as injured after two bombs targeted a shopping area and a popular market in Iraq's capital city.

According to media reports, one of the blasts was a suicide car bomb, which went off in the Karrada shopping area. A huge fire followed the blast, killing at least twenty other people.

The second blast took place in the al-Shaab district of Baghdad, where the number of casualties is said to have crossed fifty. Several others were also critically injured.

This is the first deadly terrorist attack in Iraq since Iraqi forces regained the city of Falluja from Islamic State fighters after four weeks of intense battle.