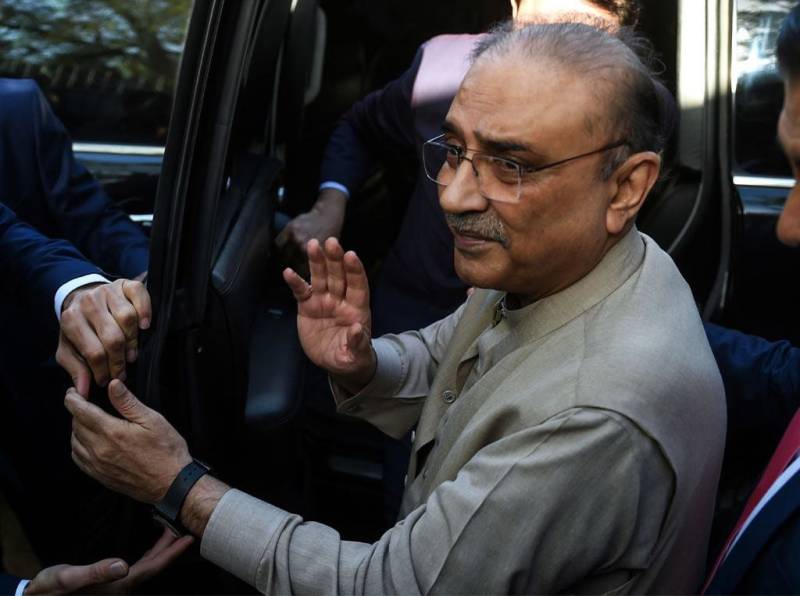 ISLAMABAD – The Islamabad High Court Wednesday granted pre-arrest bail to former president Asif Ali Zardari in an inquiry pertaining to his alleged ownership of a luxury apartment in New York.

Reports cited that the Islamabad High Court bench approved bail until July 28 subject to submission of surety bonds worth Rs500,000. The court also ordered the National Accountability Bureau (NAB) to file its reply to his bail plea on the next hearing.

The PPP leader turned up before the Islamabad court in pursuance of its summon. He moved the bail petition after the anti-graft watchdog served him a notice along with a questionnaire to provide information about his apartment in NYC.

Inquiring details about the alleged ownership of the apartment, the watchdog informed the PPP co-chairman that he had not disclosed this property apartment in his assets.

The federal institution also pointed out in the notice that the anti-graft body could not obtain records confirming that any legal sum was sent from the South Asian country to buy the costly flat that is located in Belaire Condominiums located at 524 East 72nd Street, New York.