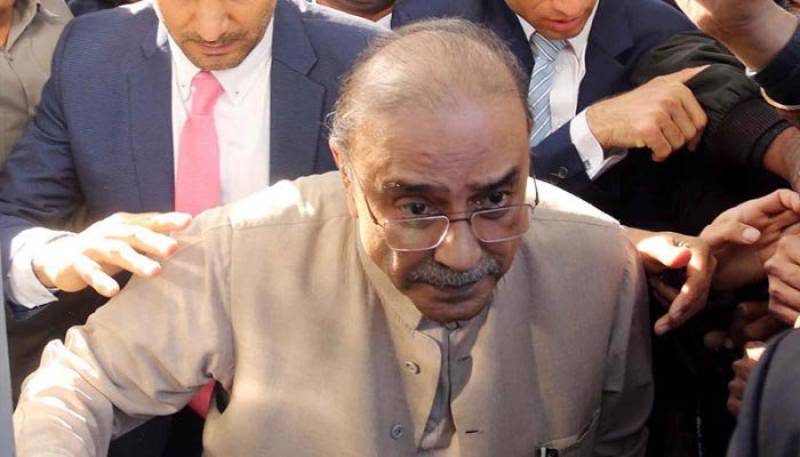 ISLAMABAD – The National Accountability Bureau has initiated a fresh inquiry against former former president Asif Ali Zardari for not disclosing the ownership of an apartment in the United States.

Inquiring details of the alleged ownership of an apartment in New York, the anti-graft watchdog has informed the PPP co chairman, via a notice, that he had not disclosed the New York apartment in his assets.

The federal institution also pointed out in the notice that the anti-graft body could not obtain records confirming that any legal sum was sent from the South Asian country to buy the costly flat that is located in Belaire Condominiums located at 524 East 72nd Street, New York.

Last month, NAB had issued a notice, along with a questionnaire, to Zardari seeking details of the apartment he allegedly owns. Subsequently, it asked the PPP leader to submit the details.

Meanwhile, Asif Zardari has approached the Islamabad High Court for a pre-arrest bail in the case. The PPP leader submitted the plea making NAB chairman, DG Rawalpindi and the investigation officer as respondents in the case.

A medical report of the Ziauddin Hospital was also enclosed with the plea stating that former president is not physically well and is under treatment for multiple ailments. 'There is a history of NAB targeting me', it also cited.

Asif Zardari rushed to hospital after his health deteriorates

The PPP co-chair stated that he required more time to submit his response with the watchdog. He prayed the court to grant him bail until a final decision into the case and declare the notice sent by NAB Investigation as illegal.

On Saturday, Federal Minister for Information and Broadcasting Fawad Chaudhry claimed that NAB had recovered around Rs33 billion in the fake accounts case involving Asif Zardari. ‘With such a recovery, the volume of corruption in the country could be gauged easily as how the past rulers had looted the country and Sindh [in particular]. The actual volume of corruption in the fake accounts case was whopping Rs5,000 billion,’ Chaudhry wrote on Twitter.