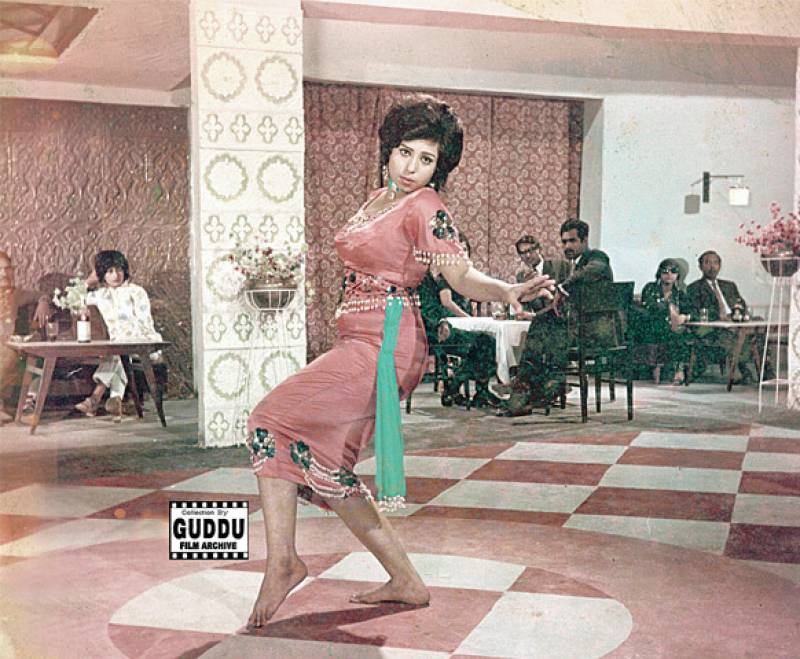 Heera Mandi is a well-known red-light zone and is located deep in the heart of the vibrant city that goes all the way back to the time of the Mughal Empire. Currently neglected, the area holds a cultural and historical significance.

During the Mughal era rule in the 15th and 16th centuries, Heera Mandi was a centre for mujra, traditional singing and dancing performed for the elites. The wealthy Nawabs sent their sons to the salons of tawaifs, high-class courtesans to study etiquette. However, after the British arrival in the subcontinent, dance and sex became intertwined.

After the partition, young and attractive girls from Heera Mandi became the first choice of Pakistani filmmakers. Girls from the notorious red light area joined the Lollywood industry and gained much fame and wealth.

One such girl was the famous dancer and actress Niggo.

Niggo was an attractive young woman who impressed all those she came across with her dancing skills. She was the first and foremost choice for the mujra girl (equivalent to the ‘item’ girls in present-day films) of Punjabi filmmakers of her time.

Niggo fell in love with producer Khawaja Mazhar during the shooting of film Qasu (1972) and they got married soon after. The marriage was not welcomed in Niggo’s family because according to the old tradition of Lahore’s Shahi Mohalla, no girl can marry or travel without her family being compensated financially.

Niggo's Shahi Mohalla reputation followed her even after she joined the film industry and became a curse for her.

Niggo's family made several attempts to bring her back but she remained resilient and rebelled against the traditions of Heera Mandi. Finally, Niggo’s mother pretended to be ill and emotionally blackmailed Niggo to come and see her one last time. Upon her visit, the family brainwashed Niggo and she succumbed to family pressure and refused to return to her husband’s home.

Confused and outraged, Khawaja Mazhar asked his production controller, called Mamma, to pave the way for Niggo’s return. Even music director Manzoor Ashraf could not convince her to return.

Eventually came the fateful day when a furious Khawaja Mazhar reached the red light area and opened fire with a Sten Gun and killed his wife Niggo in cold blood on the spot.

It was the first incident of its sort in the film industry and the news of her murder spread like wildfire. Niggo’s mother vowed revenge, and Khawaja Mazhar was sentenced to life imprisonment by a court of law.

On the one hand, Niggo became the victim of her family's greed and regressive traditions of Heera Mandi, on the other hand, she became the victim of honour killing of the husband she had rebelled for. Lollywood lost its dancing queen and just had a black smudge on its reputation to show for it!