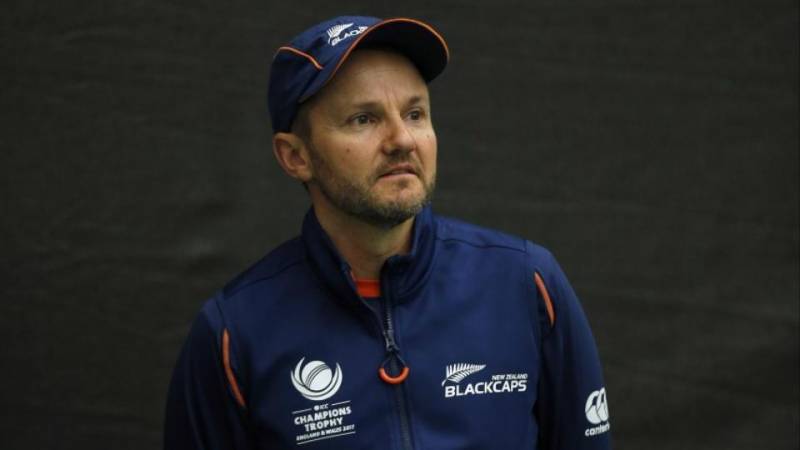 AUCKLAND - Mike Hesson has announced his resignation as coach of New Zealand after six years in charge.

"I don't feel I have the capacity to give the job what it deserves," said the tearful 43-year-old, who will officially step down on 31 July.

His deal was due to run out after the 2019 World Cup in England and Wales.

"Personally, I regard him as the best coach the Black Caps have ever had," said former New Zealand captain Brendon McCullum.

The Black Caps also reached number one in the Twenty20 rankings, second in one-day internationals and third at Test level under Hesson, who was appointed in 2012.

They also beat England 1-0 in a two-Test series which turned out to be his last in charge, as the Kiwis are not scheduled to play again until October.

"Mike exemplified the 'team-first' attitude he himself talked about and left no stone unturned in terms of leading the side to success," said current New Zealand captain Kane Williamson.

"I've witnessed his work ethic first-hand and have seen the sacrifices he's made, and I can only say I have the utmost respect for what he's achieved."

The process to find Hesson's successor "will commence shortly", with New Zealand next in action against Pakistan in the United Arab Emirates, starting in October.-Online