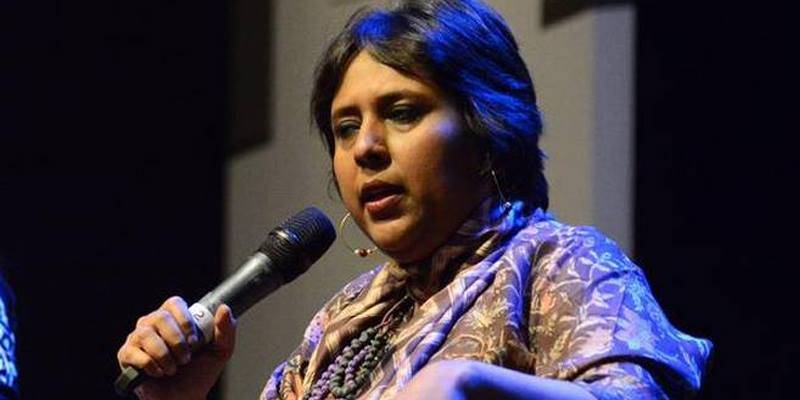 NEW DELHI - Barkha Dutt, the renowned face of Indian media, has claimed that she was receiving veiled threats and messages from powerful people in the establishment, questioning the state of security in the country.

Barkha fired a series of tweets on Thursday and revealed that her family was under surveillance adding that she was threatened of a smear campaign to stop her from launching new projects.

Received chilling veiled threats and "messages" from powerful people in the Establishment today that my family and I are under surveillance - and that I will be smeared & maligned to stop me from starting any new projects. Was advised to get my house debugged. Is this my country?

In another message, the Washington Post columnist asked ministers to take note of chilling threats, divulging that she was being bared to perform her duties in the news media.

I hope @Ra_THORe as I& B Minister takes notes of chilling threats conveyed to me on the plans within on how to stop me from working in TV news. And if the government is tapping my phones and bugging my house- it is grossly illegal and a violation of my privacy. Thank you.

The journalist said that she never thought of hiring private security for her and to getting her house debugged.

I never thought the day would come when in my own country, I would be told to hire private security & get my house debugged. I suppose i should be ready for phone taps, IT cases, ED raids, death threats - the meeting held by those who wield power have said- Stop her work projects

'Today it is conveyed to me that sections of the Establishment have decided to use any tool available to stop me from working,' stated the media personality.

All this while I though Indian Democracy would keep me safe & keep my rights as a private citizen intact. Today it is conveyed to me that sections of the Establishment have decided to use any tool available to stop me from working. I am placing this in the public domain .

Dutt confirmed that special meetings were convened to stop her from carrying out her professional duties using phone recordings, income tax cases and other tools.

Those who conveyed the message to me today- said a big meeting was held on how to stop me and my projects. I was told tools will include- tapping my phone, income tax cases, smear, surveillance. was advised debugging and personal security and to not proceed with my new work. https://t.co/P0ZUeYKiva

"Those associated with the ruling party have warned me not to work on new TV projects," said the TV anchor.

Over the last few months those associated with the ruling party have warned me - politely, impolitely - not to work on new TV projects and told me - "we will never allow them to happen"- today I was told a 45 minute meeting held on how to stop me, smear me, malign me, tap me.

She said that a 45 minute meeting was held to discuss how to stop, smear, malign and tap her.

Barkha Dutt - the former face of NDTV - is reportedly launching her own English news channel, following the footsteps of her colleague, Arnab Goswami.

Dutt, who shot to fame with her matchless reporting of Kargil conflict for NDTV , has not revealed the name and exact date of launch of the purported channel; the threats seem to pertain to the same media outlet.

India, the world's largest democracy, is becoming unsafe for newsmen, a harbinger of which is killing of three journalist within 24-hours in March.

Earlier, in November, a journalist named Sudip Dutta Bhaumik was gunned down by an Army officer at a paramilitary base in the remote northeastern state of Tripura.

According to World Press Freedom index 2018, India lies at 138th place among a total 180 countries with a score  43.24 - Pakistan lies just a point below its nuclear-armed neighbor.