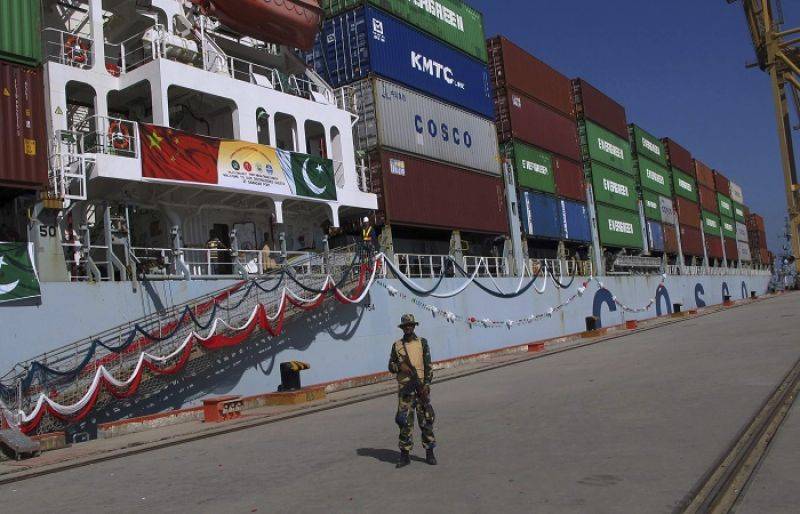 GWADAR - The commercial shipping services from Pakistan's pivotal Gwadar port would start from tomorrow (Thursday) after which a weekly service for Dubai's Jebel Ali port would be launched.

Chairman and CEO of China Overseas Ports Holding Company, Zhang Baozhong while detailing the initiation of commercial services from Gwadar, expressed that the Cosco shipping lines would operate a cargo ship with a capacity of 5000 containers on the route.

'The service has been designed in a manner to ensure to and fro movement of goods between Gwadar and any country" observed Baozhong.

LONDON - A leading investment group has launched the most expensive, diverse and creative advertising campaign ever run ...

The official claimed that contrary to other ports of Pakistan, the containers would be offloaded and cleared in less than 48 hours at the Gwadar port and importers/exporters would not face storage space issues here.

Let it be known that in January, Prime Minister Shahid Khaqan Abbasi had inaugurated the first international ‘Gwadar Expo 2018’.

The event organized by  Gwadar Development Authority along with China Overseas Ports Holding Company was attended by foreign dignitaries, ambassadors and people from business community across the world.

Addressing the inauguration ceremony, the prime minister said that China Pakistan Economic Corridor (CPEC) would not only benefit the two countries but also bring prosperity to the entire region.

The prime minister further pointed out that the significant bilateral project of CPEC is the most important initiative nowadays in Pakistan and gave the country sustainable energy projects to overcome its energy crisis, adding that CPEC is also an opportunity for the region.

Speaking on the same occasion, Zhang Baozhong said with the construction of the free zone, the port city of Gwadar will become a big commercial hub in the region, adding that the development of Gwadar would help to improve Pakistan’s overall economy and people’s lives.

During the expo, the COPHC and the Balochistan local government signed five contracts: