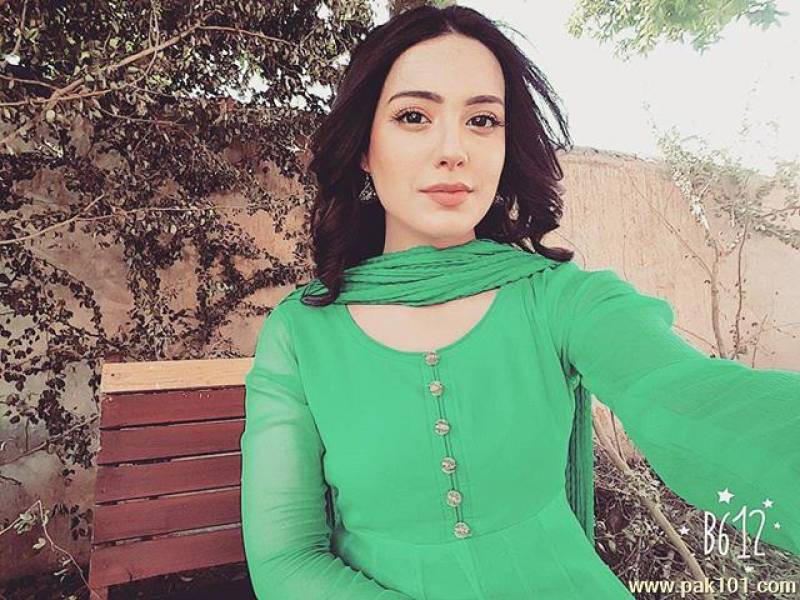 Pakistani actress Iqra Aziz has quickly established herself as an upcoming artist in the Pakistani industry in a very short time period. Besides being a beautiful actress, Iqra is a force to be reckoned with! She speaks her mind and has handled harsh criticism from audiences with a clear head and finesse in the past.

Recently she came under fire for uploading a picture in a bikini while on vacation. The Pakistani ghairat brigade did not leave her alone and although she eventually turned the comments off for her vacation posts, the backlash she received was immense.

Yesterday, a picture of the 23 year old actress in a gorgeous and somewhat revealing red gown began emerging on social media by a relatively unknown Instagram account. But this picture soon made rounds on popular pages such as the All Pakistan Drama Page among others.

Here is the infamous picture that has caused so much buzz online;

People who did not pick up on the evident amount of Photoshop treatment the picture had received were quick to judge with some even condemning the actress to "Jahanum": 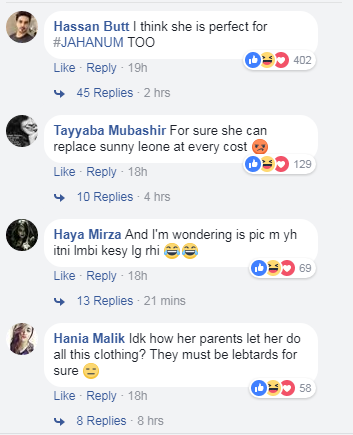 Anyone who doesn't adhere to the dominant social norms suddenly becomes a "libtard" for some inane reason.

Although the picture is quite clearly a fake, considering no publication has stepped up to claim it and Iqra herself hasnt endorsed it, the way the public reacted to the picture speaks volumes of how we see fit to comment on and bring down women, especially those in the media spotlight.