Iran must not have nukes, Kerry assures Saudis 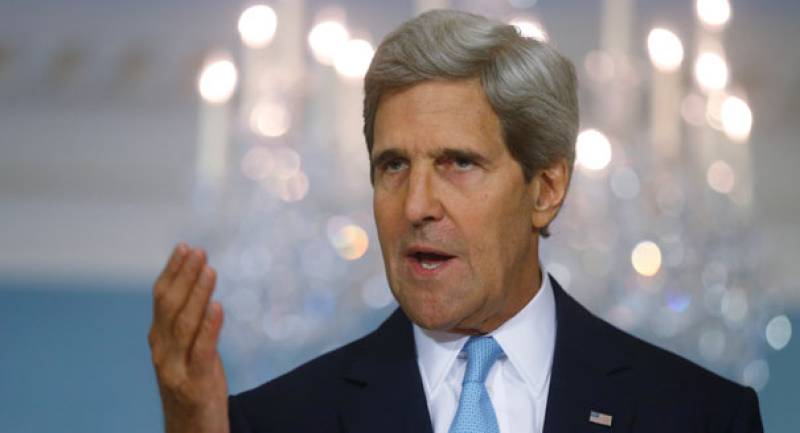 RIYADH (Web Desk/Agencies) – Iran is a destabilising force that must not be allowed to have a nuclear weapon, US Secretary of State John Kerry said in Saudi Arabia Thursday, aiming to calm Riyadh's worries.

Saudi Arabia and its Gulf neighbours fear Tehran might be able to develop an atomic bomb despite an international accord being drafted, which aims to prevent that.

A framework agreement between Tehran and the United States, France and other major powers limits Iran's nuclear capabilities in return for a lifting of international sanctions.

But the war in Saudi Arabia's neighbour Yemen has worsened relations.

Iran has dismissed as “utter lies” accusations that it armed Yemen's Houthi rebels, which a Saudi-led coalition has been bombing since March 26.

“We made clear that we remain concerned about Iran's destabilising actions in the region,” Kerry said after talks with King Salman.

Because of those concerns “we believe that it is so important that Iran not be allowed to have a nuclear weapon and we will continue to work with our friends and allies in the region,” said the US secretary of state.

Saudi Arabia on Thursday proposed a five-day ceasefire to allow aid into Yemen, if the Houthis and their allies commit to it.

“The Iranian role in Yemen has been a negative one,” with financial, ideological and weapons support, Saudi Arabia's Foreign Minister Adel al-Jubeir said at a joint news conference with Kerry.