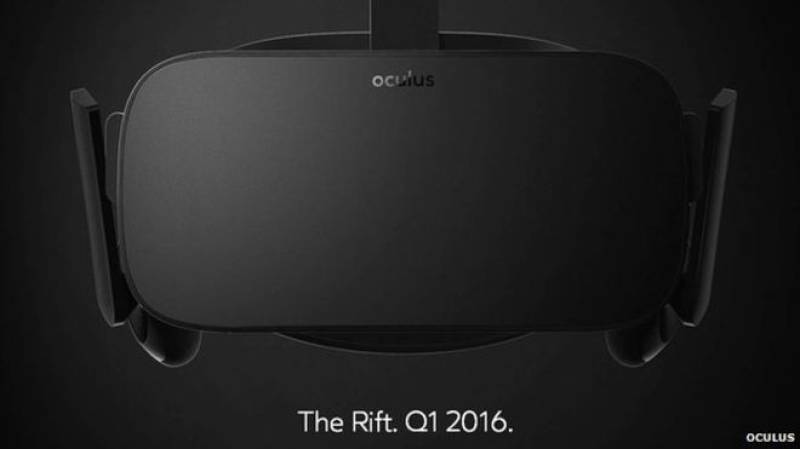 Virtual reality firm Oculus VR says its much anticipated headset, the Rift, will go on sale to consumers within the first three months of 2016.

Until now, the firm had only sold "developer" editions that were targeted at video games creators and did not represent the Rift's final design.

Facebook bought Oculus VR for $2bn (£1.3bn) in 2014, despite it not having released a commercial product.

The release date means that HTC's rival helmet should be the first available.

The Taiwanese manufacturer has promised to sell its own virtual reality headset, the Vive, to the public before the end of the year.

Oculus' launch date could theoretically coincide with that of PlayStation's Morpheus headset, which Sony has said will be released at some point during the first six months of 2016. 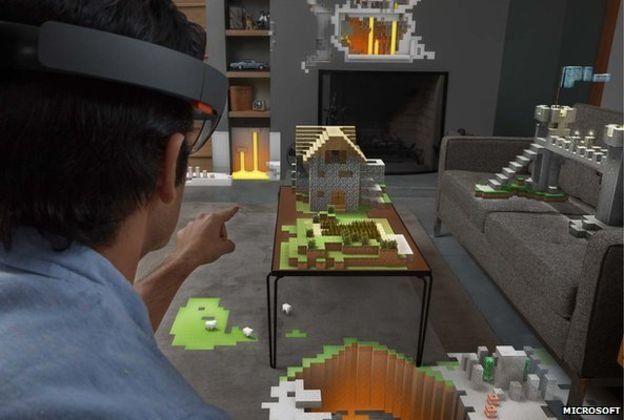 Unlike Morpheus, both the Rift and the Vive are designed to work with PCs rather than a video games console.

"All the hype around virtual reality grew up around Oculus over the last two years, and not to come to market before what is looking like a compelling proposition from HTC represents a moderate surrendering of the initiative," commented Piers Harding-Rolls, head of games at the IHS Technology consultancy.

"But I don't think we're talking about it missing out on huge sales volumes at what will be an early stage of demand for VR."

The virtual reality helmets will allow wearers to see both computer-generated and filmed images directly in front of their eyes.

Users will be able to change their view by moving their heads.

The idea is to give them a greater sense of immersion, helping owners feel as if they are actually within a video game or interactive film or documentary, rather than just watching it.

There was a previous attempt to popularise virtual reality technology in the 1980s and 1990s, but the limitations and high cost of the products limited demand.

However, after Oculus successfully raised $2.4m by crowd-funding in 2013 to make new kit, there has been growing interest in the idea.

Samsung already sells versions of Oculus' kit that use the screens and motion sensors of its Galaxy S6 and Galaxy Note handsets.

But the forthcoming launch of headsets designed to work with more powerful computers has raised expectations of what the associated software will be capable.

"We've got these higher-end devices coming to market, but what we haven't seen yet is fully-realised content," said Mr Harding-Rolls.

"We've seen technical demos or the occasional short level. But the E3 video games expo will be an opportunity for all the stakeholders involved to show off content."

E3 will take place in Los Angeles in June.