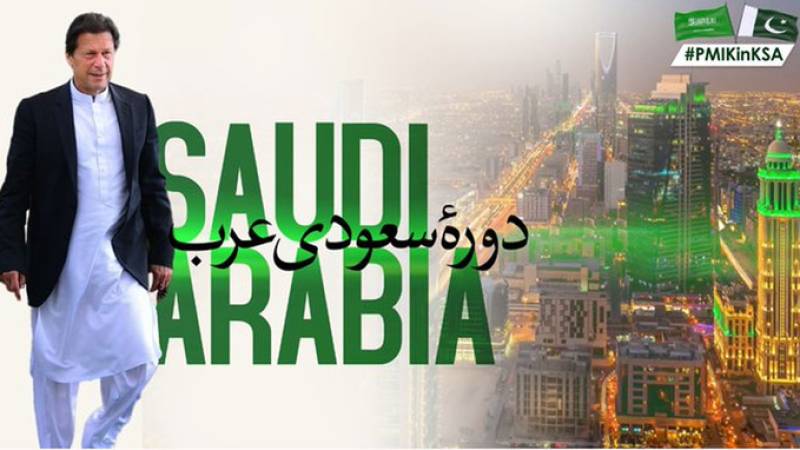 The Prime Minister is accompanied by his wife Bushra Bibi and a high-level delegation, including the Foreign Minister Shah Mahmood Qureshi and other members of the Cabinet.

During the visit, the premier’s consultations with the Saudi leadership will cover all areas of bilateral cooperation including economic, trade, investment, energy, job opportunities for Pakistani workforce, and welfare of Pakistani Diaspora in the Kingdom.

The premier is also scheduled to pay a visit to Roza e Rasool (PBUH) in Madina on Saturday.

The two sides will also exchange views on regional and international issues of mutual interest.

A number of bilateral agreements/MoUs are expected to be signed during the visit.

He will also interact with Pakistani Diaspora in Jeddah.