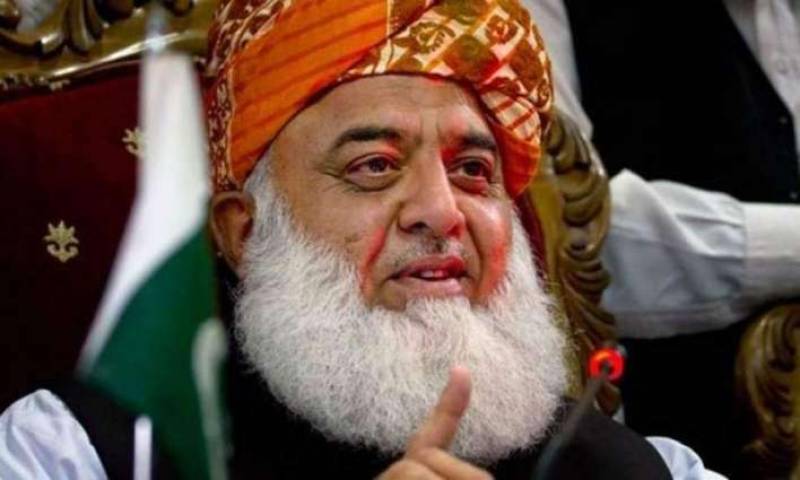 KARACHI - The chief of Jamiat-e-Ulema Islam (JUI-F), Maulana Fazl-ur-Rehman has announced a Namoos-e-Risalat Million March under the banner of religious alliance Muttahida Majlis-e-Amal in the Sindh capital tomorrow (Thursday).

In a video message, the cleric-politician said the MMA will stage a ‘Million March’ in Karachi for the sanctity of Prophet Muhammad (PBUH) on November 8, Thursday” following consultation with all the parties.

In the video, the 65-year-old criticised the incumbent government and also stressed for national unity at all levels.

The ‘Million March’ will be held after Zuhr prayers.

Last week, Jamaat-e-Islami (JI) chief Senator Sirajul Huq announced running ‘Hurmat-e-Rasool’ movement from Karachi to Chitral, asking the people to take this movement into each and every street of the country.

Addressing ‘Hurmat-e-Rasool’ march taken out from Baitul Mukarram Mosque to Karachi’s Hassan Square on Sunday, Siraj said that the people of Pakistan rejected the verdict of the apex court in which it acquitted a Christian woman of blasphemy charges.