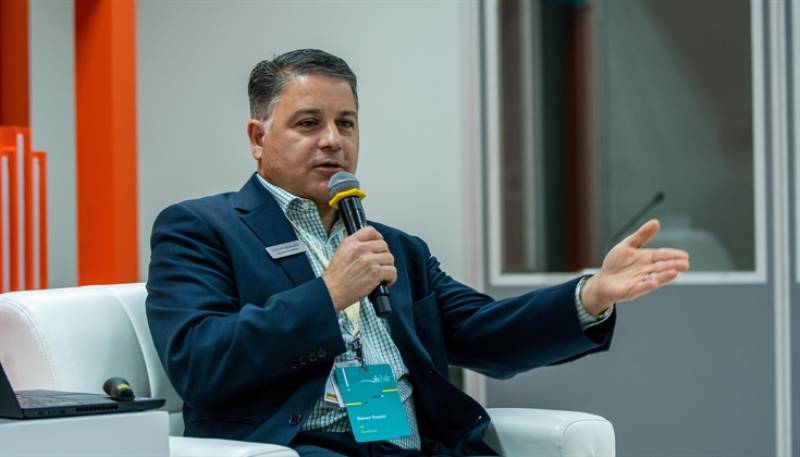 SHARJAH - Emirates Publishers Association (EPA), organised a workshop for publishers attending the Sharjah International Book Fair (SIBF 2019), to enhance their understanding about digital channels for the sales and distribution of books.

The workshop, led by Steven Rosato, Business Development Executive and Manager, OverDrive, and attended by a contingent of around 20 local and regional publishers.

Speaking at the event, Steven underlined the fact that OverDrive is a digital enterprise, it supports reading in any format.

Since its inception in 1986, “when floppy disks were assumed to be the future of books”, Rosato explained to the publishers in attendance that Ohio-based OverDrive has grown rapidly to emerge as the leading visual platform, supplying the industry’s largest catalogue of eBooks, audiobooks, streaming video, and periodicals, to 44,000 institutions globally including public libraries, universities, schools, and retailers.

Another key market for OverDrive, which delivers all digital media on a single platform, is the school market or K-12 market – kindergarten to high school, which includes around 8,000 libraries in the US alone.

“What OverDrive does is essentially two things,” said Rosato. “We are a meeting and lending platform for libraries, providing them with the opportunity to deliver digital content to their readers and students. For publishers, we are essentially a sales channel.”

“You would look at us no differently than you would look at your sales figures through book stores or through Amazon, for instance,” he told the publishers at the workshop.

Providing statistical data, he pointed out that there has been a steady and consistent growth in the circulation of eBooks and audiobooks. “For publishers, this translates to increased revenue,” he said. “So as libraries are circulating more books, they are also buying more books in the digital format. What is important is to get books into the hands of the new generation in a way they prefer to consume things.”

Introducing the concept of metadata to the attendees, Rosato described it as "data about data". “Creating metadata is the biggest investment in time”, he said, as it allows for quick discovery and identification, driving sales. “The most basic element in starting with metadata is just creating a single source of truth. Do not use multiple databases as it will lead to conflicts when it is updated”.

In his address, Rosato also touched upon ePub, which he said is still relatively new to a lot of publishers. “Many publishers feel that PDF is a digital format but the global standard today is ePub. A PDF is hard to edit as it is fixed and static, and therefore, doesn’t sell, especially in school libraries. The beauty of ePub is that it works seamlessly across any device or platform be it Android, iOS or Microsoft.”

On the side-lines of the workshop, Rashid Al Kous noted, “One of the key aims of the EPA is to advance the role of Emirati publishers through training and mentorship programmes. By organising the ‘OverDrive Workshop’, we hoped to introduce the Emirati publishing industry to some of the key developments in the world of publishing, particularly the essentials of moving to a digital library ecosystem.”

EPA was founded in 2009 under an initiative by Sheikha Bodour bint Sultan Al Qasimi, Vice President of the International Publishers Association (IPA) and Head of Advisory Committee of Sharjah World Book Capital (SWBC), who has led the efforts to advance the publishing industry in the UAE.