Russian navy targets IS terrorists in Syria from Caspian Sea 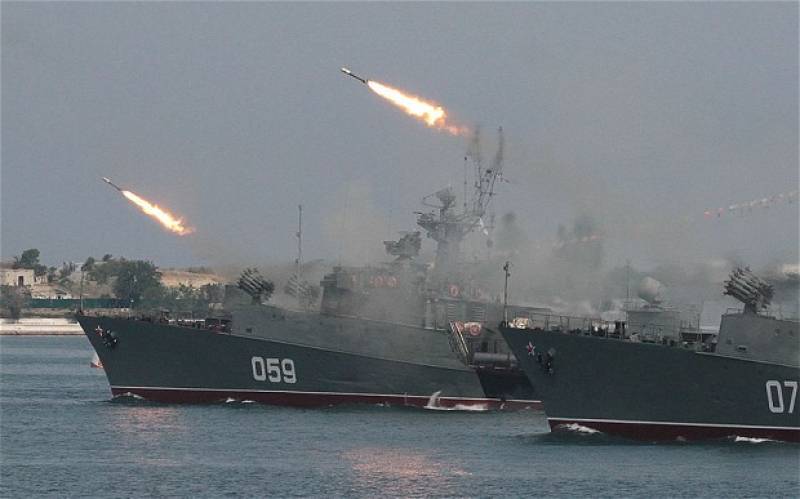 MOSCOW (Web Desk) - Russia says it has launched rocket strikes on Islamic State targets in Syria from its warships in the Caspian Sea - about 1,500km (932 miles) away. 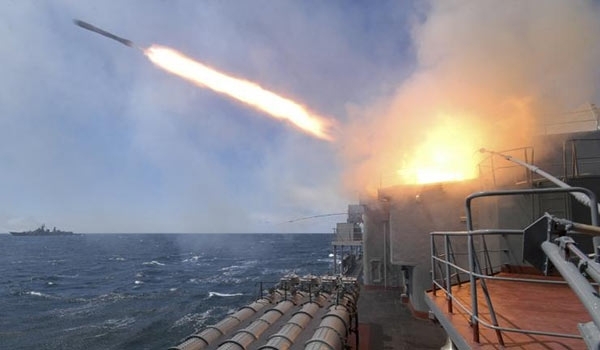 Russia denies claims that its week of strikes have mainly hit non-IS targets.

The Syrian Observatory for Human Rights reported "the most intense fighting in months" in Hama and Idlib provinces. The clashes followed a wave of Russian air strikes in the same areas, it said.

It appears to be the first co-ordinated offensive since the air campaign by Russia - a staunch ally of Syrian President Bashar al-Assad - began on 30 September.

Russia says it is targeting "all terrorists", but at least some of its air strikes have reportedly hit civilians and Western-backed rebels.

The minister said all the targets - including command and control centres and ammunition depots - had been destroyed and that there had been no damage to civilian installations.

Mr Shoigu said 112 targets had been hit since the Russian bombing began, adding that Moscow had "established contacts without Turkish partners".

This comes after Russia's ambassador to Ankara was summoned three times in response to recent violations of Turkey's airspace.

Turkish President Recep Tayyip Erdogan has warned Russia that any "attack on Turkey means an attack on Nato", referring to the alliance's collective defence doctrine, which commits all members to protect one another.