Sachin’s Blasters vs Warne’s Warriors: ‘beginning of cricket in US’ 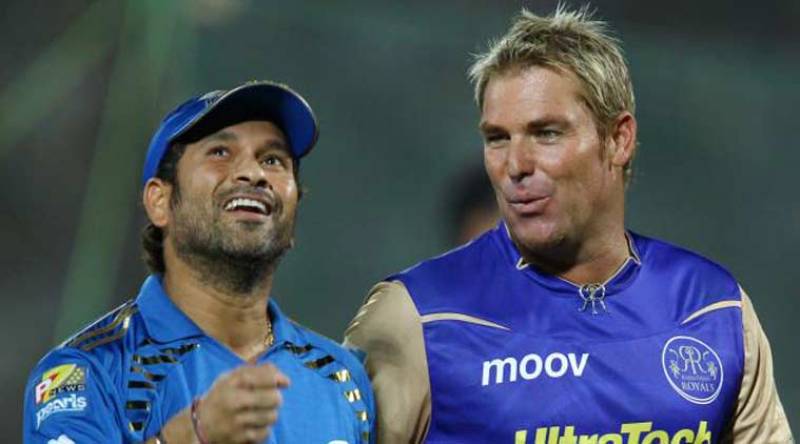 Sydney (Web Desk) - Australian Shane Warne and India´s Sachin Tendulkar will captain two All-Star sides in a three-match Twenty20 series in the United States in a bid to spark interest in a sport alien to most Americans.

The ICC-sanctioned matches will be played on drop-in pitches at major baseball fields in New York, Houston and Los Angeles in November, with plenty of superstar talent on show.

“We´ve signed all the top players you´d ever want to see,” spin king Warne, who initiated the idea with Tendulkar, told cricket.com.au.

“I´m excited for cricket fans in the United States to be able to see these amazing players for the first time.”

A portion of proceeds from the series will go to the ICC for the development of cricket within the US with the organisation´s chief executive David Richardson saying it “would help cricket to reach its significant potential in the USA”.

“We therefore wish them well and thank them for their enthusiasm to develop cricket outside of its traditional boundaries,” he added.

Batting great Tendulkar said he was excited about the prospect of taking the sport to a country more used to baseball and basketball.

“Americans are so passionate about sports, and I think there´s a huge potential for cricket to take off,” he said.

“We´re also planning some other events and festivities in each city so we can reach as many fans as possible.

“It would be great someday to see cricket bats right alongside the baseball bats, basketballs and soccer balls in America.”

The first match will be played on November 7 in New York.