KARACHI - Pakistan’s TV presenter Iqrarul Hassan has invited masses to be a part of his popular show “Sar-e-Aam”.

The offer, due to be announced officially, is made to every citizen regardless of his age, race and region.

A red t-shirt with the logo of “Sar-e-Aam” has been introduced which will be given to every member of the program. 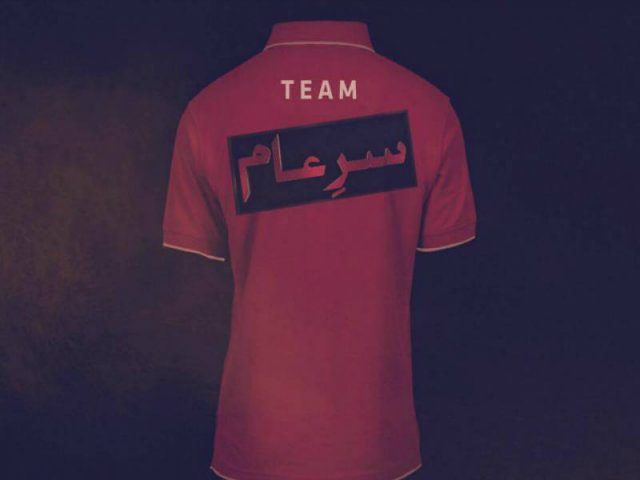 The project is aimed to promote team work for the betterment of society.

Hassan is of view a major change can be brought in Pakistan with more and more hands.

Urging people to highlight the issues across the country, he said: “Everyone should participate for the development of Pakistan in own capacity.”

How to join Sar-e-Aam team?

On April 29, 2016, Iqrar along with his 'Sar-e-Aam' team was arrested in Karachi for highlighting the poor security in the Sindh Assembly, but was granted a bail the next day.

His show, Sar e Aam, is aired on Ary News and quite famous for exposing corrupt and unauthentic products/public services like fake spiritual healers, unhygienic and adulterated food products.

The team comprises informers who are paid for information of an illegal activity, camera crew, the host himself and other necessary people for the recording of a show.