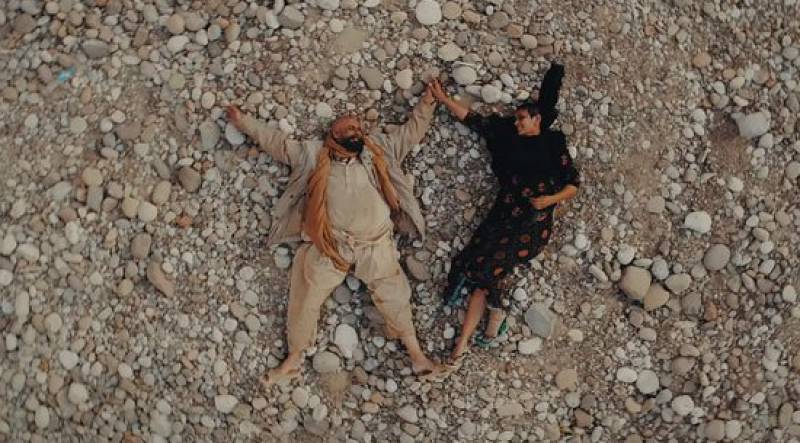 KARACHI - Pakistani star Shamoon Abbasi has requested the censor board to lift the ban on his upcoming movie Durj.

In a Facebook post, Abbasi had stated that censor board has some sort of objection on Durj and has halted its release in Pakistan. 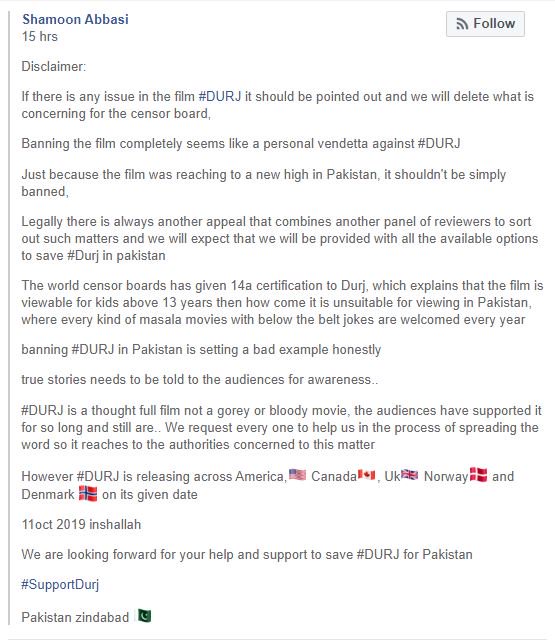 “We are working on it and trying our best, we are requesting the authorities for another review, and if they find anything unsuitable, we can remove it as per their request, but a complete ban has broken many hearts and we can see that,” he added.

It is to be mentioned here that Durj was due to release on October 11 across the world and on October 18 in Pakistan, however, all the censor boards had banned it.

LAHORE - Pakistani acclaimed actor Shamoon Abbasi’s upcoming movie Durj has been banned in the country due to some ...

Durj is based on a true story of a pair of brothers who dug up over a 100 graves and cannibalised the corpses. He continued to state that an appeal has been sent to the censor board to review the film again, “Given that Mr Umar Khattab from the Karachi censor board even provided a statement, claiming that there was nothing objectionable, but they had to follow the orders from the federal”.

LAHORE - Shamoon Abbasi starrer Durj is among the highly anticipated Pakistani movies ever since the film’s trailer ...