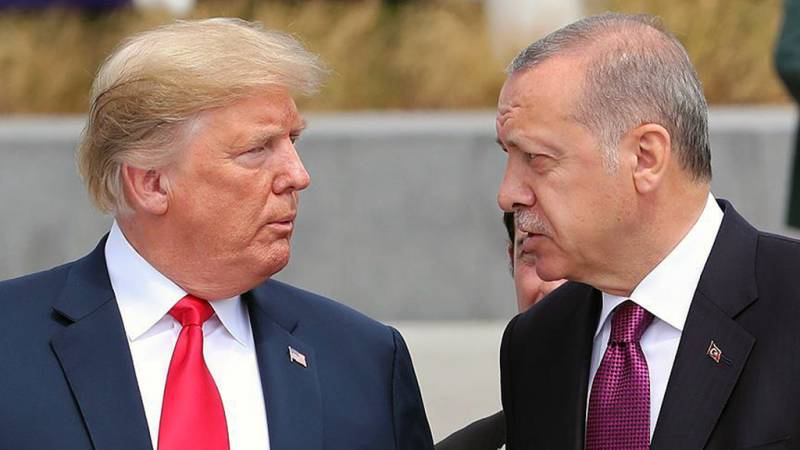 In a series of tweets, the tycoon-turned-president said the U.S. has done far 'more than anyone could have ever expected, including the capture' of 100% of the ISIS Caliphate.

As I have stated strongly before, and just to reiterate, if Turkey does anything that I, in my great and unmatched wisdom, consider to be off limits, I will totally destroy and obliterate the Economy of Turkey (I’ve done before!). They must, with Europe and others, watch over...

The US president also branded himself to be having 'great and unmatched wisdom' in threatening the NATO ally that he would 'totally destroy and obliterate' Turkey for anything off-limit.

The threat came hours after White House stated that the U.S. wouldn’t stand in the way of a Turkish incursion into Syria; Trump talked to Erdogan as well after the statement.

In one of his tweets fired on Monday, Trump said that Turkey must 'watch over' some 12,000 captured Islamic State fighters and tens of thousands of their family members living in jails and camps in Kurdish-held territory.

However, his latest threat-laden statement casts U.S. policy in Syria into confusion. Officials at the Pentagon and State Department told newsmen that the U.S. still hopes that Turkey won’t attack the Kurds even now that Trump has made clear that American forces wouldn’t interfere with an invasion.

The Kurdish-led Syrian Democratic Forces have been a close U.S. ally in the war to outsmart Islamic State but Ankara considers Syria’s Kurdish militants, terrorists.

Erdogan has said his forces were ready to launch a military operation against Syria’s Kurdish militants in northeastern Syria imminently.