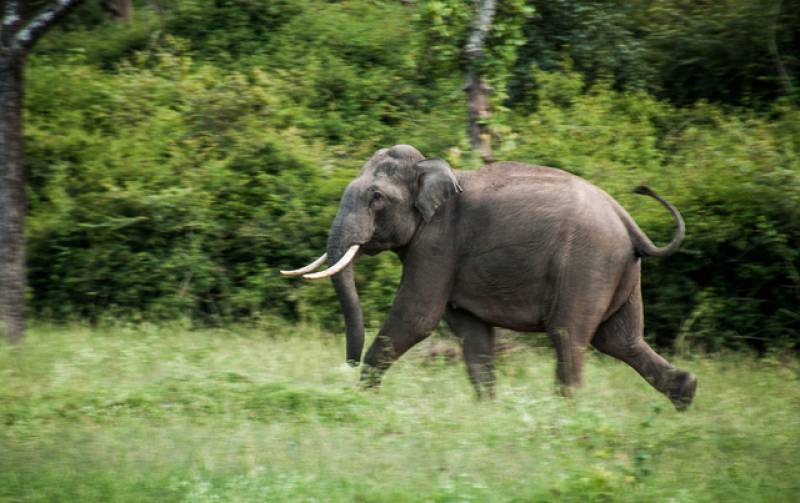 RAIPUR (Web Desk) - A 41-year-old Chinese national was trampled to death by an elephant in Gharghoda forests area of Chhattisgarh's Raigarh district on Monday.

Jong Kitau came face-to-face with the wild elephant when he was on a morning walk at Katengapali village under Gharghoda police station limits, Raigarh superintendent of police Sanjeev Shukla told Time of India.

The victim was working (on contract) as an engineer on a project to set up a power plant named 'TRN' in the region.

A team of engineers from China, working on the project, was staying at a guest house on the outskirts of Katengapali village.

Like every day, Kitau and his colleague were in the adjoining forest for a morning walk when they encountered the tusker. While his colleague managed to flee from the spot, Kitau was trapped and suffered massive internal injuries after the pachyderm smashed him with its trunk and then stomped on him, the SP said.

Soon after getting the news of the incident, police personnel and forest officials rushed to the spot.

A case has been registered in this regard, he said.

The region has witnessed several killings of villagers and widespread damages to houses and crops by rogue elephants in past years.