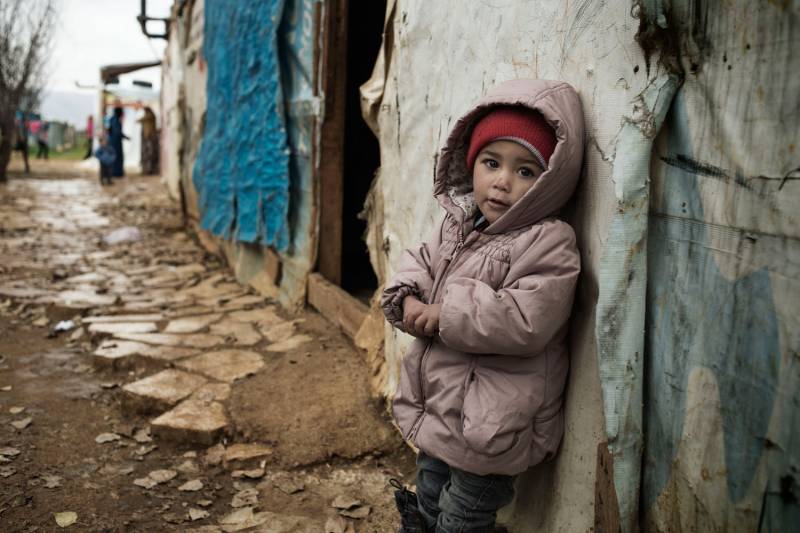 The report ‘Uprooted: The growing crisis for refugee and migrant children’ said more than half of these children, roughly 28 million, have fled violence and insecurity.

“Indelible images of individual children “Aylan Kurdi’s small body washed up on a beach after drowning at sea or Omran Daqneesh’s stunned and bloody face as he sat in an ambulance after his home was destroyed” have shocked the world,” UNICEF Executive Director Anthony Lake said in a statement.

“But each picture, each girl or boy, represents many millions of children in danger” and this demands that our compassion for the individual children we see be matched with action for all children.”

“Children represent a disproportionate and growing proportion of those who have sought refuge outside their countries of birth: they make up about a third of the global population but about half of all refugees. In 2015 around 45 per cent of all child refugees under UNHCR’s protection came from Syria and Afghanistan.

“28 million children have been driven from their homes by violence and conflict within and across borders, including 10 million child refugees; 1 million asylum-seekers whose refugee status has not yet been determined; and an estimated 17 million children displaced within their own countries children in dire need of humanitarian assistance and access to critical services.

“More and more children are crossing borders on their own. In 2015, over 100,000 unaccompanied minors applied for asylum in 78 countries” triple the number in 2014. Unaccompanied children are among those at the highest risk of exploitation and abuse, including by smugglers and traffickers.

“About 20 million other international child migrants have left their homes for a variety of reasons including extreme poverty or gang violence. Many are at particular risk of abuse and detention because they have no documentation, have uncertain legal status, and there is no systematic tracking and monitoring of their well-being” children falling through the cracks.

According to ‘Uprooted’, Turkey hosts the largest total number of recent refugees, and very likely the largest number of child refugees in the world. Relative to its population, Lebanon hosts the largest number of refugees by an overwhelming margin: Roughly 1 in 5 people in Lebanon is a refugee. By comparison, there is roughly 1 refugee for every 530 people in the United Kingdom; and 1 for every 1,200 in the United States. When considering refugee-host countries by income level, however, the Democratic Republic of the Congo, Ethiopia, and Pakistan host the highest concentration of refugees.

The report argues that where there are safe and legal routes, migration can offer opportunities for both the children who migrate and the communities they join. An analysis of the impact of migration in high-income countries found that migrants contributed more in taxes and social payments than they received; filled both high- and low-skilled gaps in the labour market; and contributed to economic growth and innovation in hosting countries.

“But, crucially, children who have left or are forcibly displaced from their homes often lose out on the potential benefits of migration, such as education “ a major driving factor for many children and families who choose to migrate. A refugee child is five times more likely to be out of school than a non-refugee child. When they are able to attend school at all, it is the place migrant and refugee children are most likely to encounter discrimination “ including unfair treatment and bullying.

Outside the classroom, legal barriers prevent refugee and migrant children from receiving services on an equal basis with children who are native to a country. In the worst cases, xenophobia can escalate to direct attacks. In Germany alone, authorities tracked 850 attacks against refugee shelters in 2015.

“What price will we all pay if we fail to provide these young people with opportunities for education and a more normal childhood? How will they be able to contribute positively to their societies? If they can’t, not only will their futures be blighted, but their societies will be diminished as well,” Lake said.

The report points to six specific actions that will protect and help displaced, refugee and migrant children: