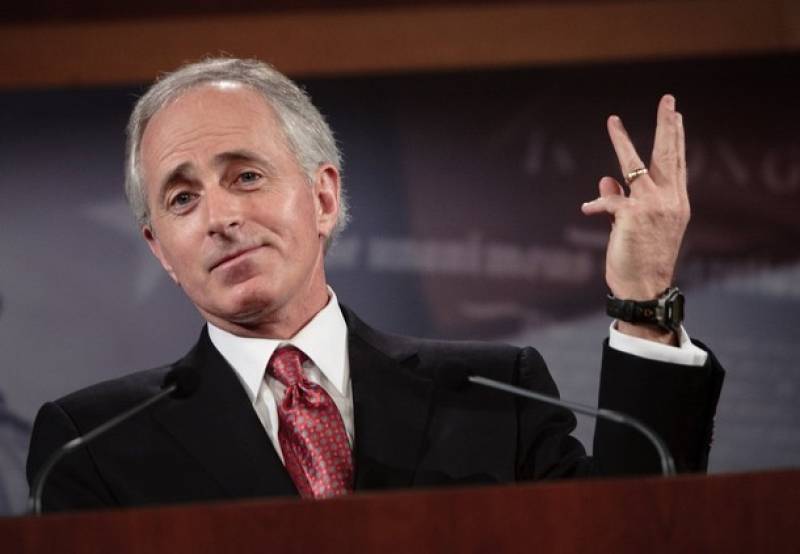 WASHINGTON - While the US State Department has urged Pakistan and Afghanistan to jointly work against terrorists following the deadly attacks in Kabul, which claimed over 40 lives, the United States Senate Committee on Foreign Relations Tuesday called a hearing to review Pakistan’s role in the ongoing fight against terrorism.

The hearing titled "Pakistan: Challenges for US interests" will take place on Thursday. The committee's chairman, Senator Bob Corker, notorious for his irrational fear of Pakistan and his anti-Pakistan views, has also invited two US 'experts on South Asia' to record their views on the subject.

The analysts included: Toby Dalton, who is a co-director of the Nuclear Policy Programme of Carnegie Endowment for International Peace and is considered an expert on the nuclear non-proliferation, and Daniel Markey of the School of Advanced International Studies, Johns Hopkins University.

The Kabul attacks are likely to affect the committee's hearing and serious questions might be raised about Islamabad's role in the anti-terrorism war, where Kabul has been accusing Pakistan of favouring the militant groups involved in attacks in Afghanistan.

Pakistan got involved in America's war on terror when the Bush administration threatened President Musharraf with "with us or against us" and "bomb you back to the stone age". Pakistan, so far has lost 60,000 lives and has suffered an economic loss of at least $100 billion in the so-called American War on Terror in Afghanistan.

After more than 15 years of war, America has managed to completely alienate the ethnic Pashtun population of Afghanistan, carried out illegal drone strikes, killed scores of innocent civilians, mismanage Afghanistan politically, jeopardise Pakistan's efforts to hold peace talks with Afghanistan's Pashtun leadership, ignore Afghan government's support for TTP with collusion from India, while finding ways to blame it all on Pakistan when things go from bad to worse.

The development came at a time when Pakistan's Chief of Army Staff General Raheel Sharif said that Afghanistan was a brotherly nation and that the stability of Afghanistan was necessary for a peaceful Pakistan.

He was addressing at the central ceremony to mark country's 51st Defence Day which commemorates 1965 war between Pakistan and India.

However, he said that some elements did not want to see better ties between Pakistan and Afghanistan.

On the occasion, Raheel Sharif reiterated that Pakistan would continue its anti-terrorism push until complete elimination of the terrorism.

Speaking at the daily briefing, the US State Department spokesman, Mark Toner, said that the United States wanted to see both Pakistan and Afghanistan to jointly go after the terrorists.

He said the Islamabad had assured Washington of indiscriminate action against all terrorist groups, further adding that the US was encouraged by the recent anti-terrorism operations conducted by Pakistan.

Meanwhile, the White House spokesperson, Ned Price, said: "The United States remains unwavering in our support for the people and the government of Afghanistan."

He vowed to continue to work with the Afghan government to build a more secure, stable, and prosperous Afghanistan, while condemning the Kabul attack. Our prayers and support go to the victims of the terrorism, he added.