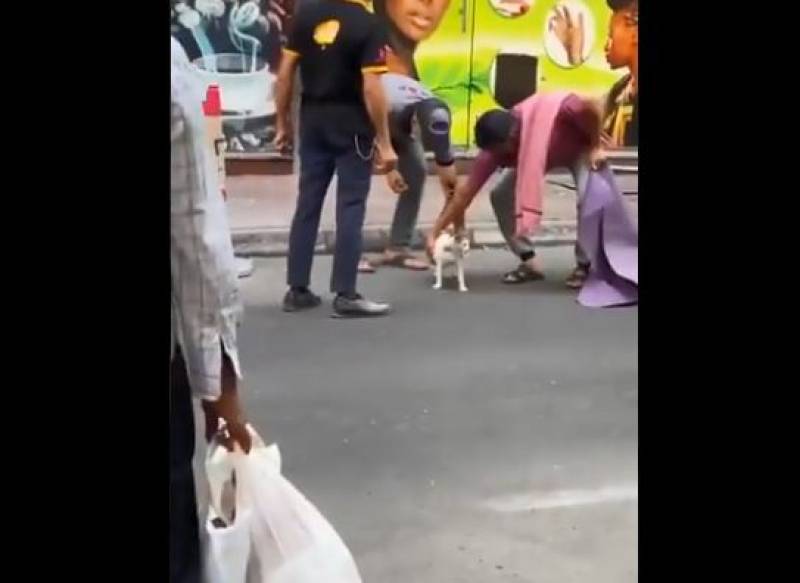 DUBAI – The four UAE residents including a Pakistani national have received cash prizes for their act of affection towards a pregnant cat in Dubai.

A viral video of the incident shows that quick thinking of the men saved the life the cat as she fell from a second-floor balcony.

As the video came in the not of Sheikh Mohammed bin Rashid Al Maktoum, Vice-President and Prime Minister of the UAE and Ruler of Dubai, he took to Twitter and sought help to identify the “unsung heroes”.

Proud and happy to see such acts of kindness in our beautiful city.
Whoever identifies these unsung heroes, please help us thank them. pic.twitter.com/SvSBmM7Oxe

After they were identified, an official from the Dubai Ruler’s Office visited Ashraf, a Moroccan watchman; Atif Mehmood, a Pakistani salesman; Nasser, an Indian driver working with the Roads and Transport Authority (RTA); and Mohammed Rashid, who had filmed the incident, said Khaleej Times.

The official handed over an envelope containing the cash.  The four men have received Dh50,000 each for their act.