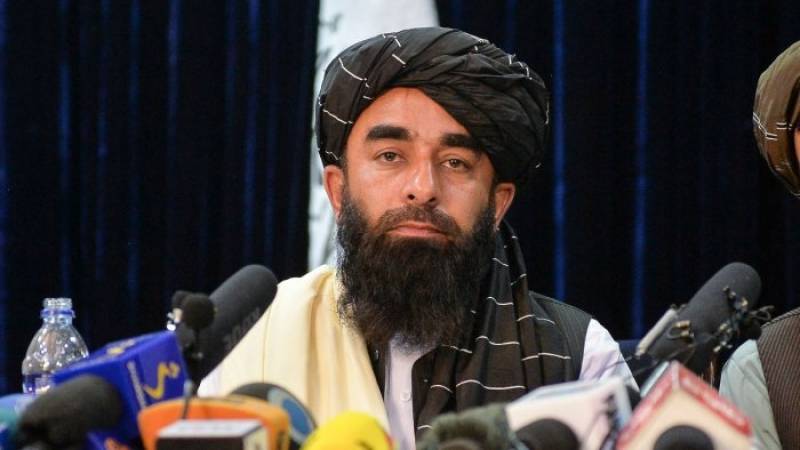 KABUL – Nearly 20 years after being toppled by the US-led forces, the Taliban on Tuesday unveiled the acting government of Afghanistan.

Taliban spokesperson Zabihullah Mujahid announced the "interim" government and names of cabinet members. He said that Mohammad Hasan Akhund has been appointed as interim prime minister while Mullah Abdul Ghani Baradar will be deputy leader of the Taliban government.

The development comes days after the Taliban took control of Panjshir, the last holdout Afghan province. 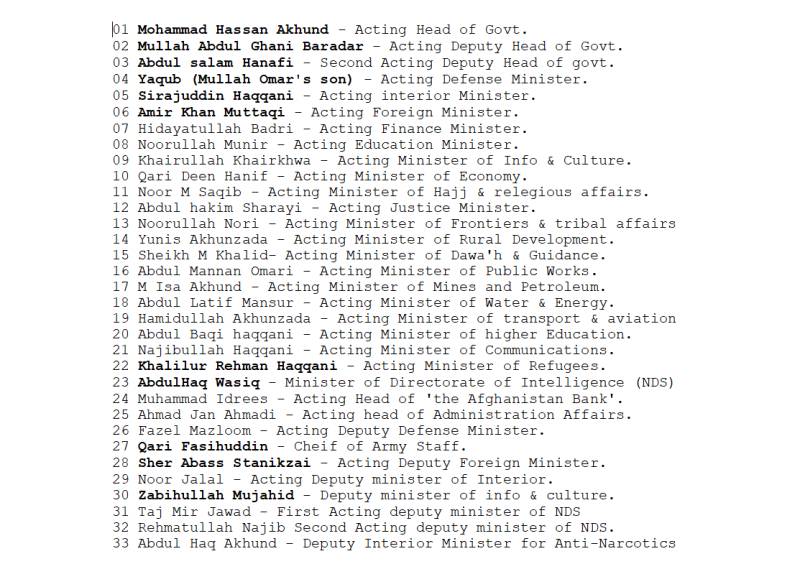 The group's spokesperson said that the names for other ministries will be unveiled later.

Mujahid said that Afghanistan had achieved freedom, adding that no one will be allowed to interfere in Afghanistan from today.

He said that only the will of Afghan people will be applicable in the country.

Responding to a question, the spokesperson said the country will now be called the Islamic Emirate of Afghanistan.

Meanwhile, acting Prime Minister Mohammad Hasan Akhund in a statement congratulated Afghans for the withdrawal of all foreign forces from the country.

He said that the members of the interim government will work with dedication to uphold Islamic law in the country, protect its borders and ensure pace and development.

All governance and life in the country will henceforth be in accordance with Islamic law, Akhund said.

He said that the Taliban desired strong and health ties with all countries based on mutual respect.

"We are committed to all international laws and treaties, resolutions and commitments that are not in conflict with Islamic law and the country's national values," Dawn News quoted Akhund as saying.

KABUL – Academic session in the universities in war-torn Afghanistan has resumed while the curtains have been ...