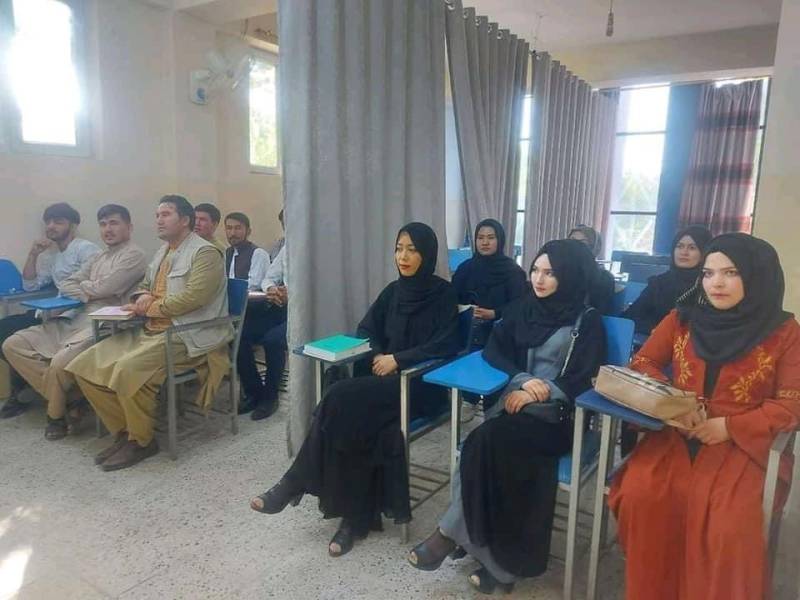 KABUL – Academic session in the universities in war-torn Afghanistan has resumed while the curtains have been placed between male and female students as per the new set of laws under Taliban.

Afghan news agencies shared the pictures of the classes, announcing that university studies have resumed in the Islamic Emirate of Afghanistan (IEA). The pictures showed classrooms where men and women can be seen sitting on two opposite sides of the classes.

The move came under the latest education policy outlined by the Taliban. In a detailed document issued by the Taliban’s education authority, it was ordered that female students should only be taught by other women, and if that was not possible then ‘old men of good character’ could replace them.

The Taliban have stressed that they do not have an issue with women’s education however women attending universities must wear the appropriate clothing as per the new rules.

The decree issued by the Taliban higher education ministry also advised women to end their class five minutes earlier than men to stop them from mingling.

Earlier, the Taliban have promised a more ‘inclusive’ government that represents the country’s complex ethnic makeup.

Taliban spokesman Zabihullah Mujahid speaking in a presser insisted that ‘women are an important part of our society’. He added that women's rights would be respected under Islamic law, although officials have not yet elaborated the rights in detail.