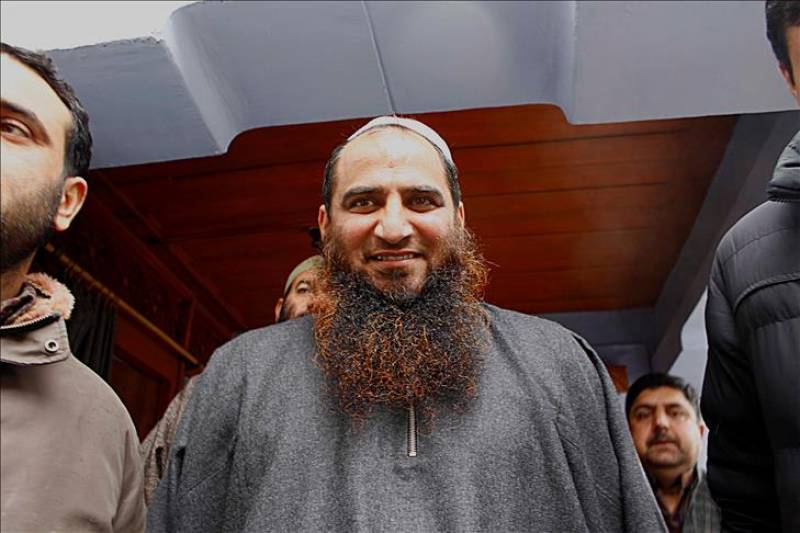 SRINAGAR – Following the demise of Syed Ali Shah Geelani, who spearheaded the resistance movement against Indian tyranny, Musarrat Alam Butt has been elected as the new Chairman of the All Parties Hurriyat Conference (APHC).

The new appointments were taken at a meeting of the APHC held in Srinagar on Tuesday. The announcement was shared in a press release issued by the information division of APHC Srinagar.

Masarat Bhat, 50, is a Kashmiri leader and chairman of the Jammu Kashmir Muslim League. He was earlier serving as General Secretary of Hurriyat. Bhat has been detained by the Indian government numerous times later.

He was booked in 27 criminal cases but in most of these, he has either been exonerated or bailed out by the courts and was released after Mufti Mohammad Sayeed took over as the Chief Minister of Jammu and Kashmir in 2015. He has been jailed for around 17 years and has 27 cases against him. 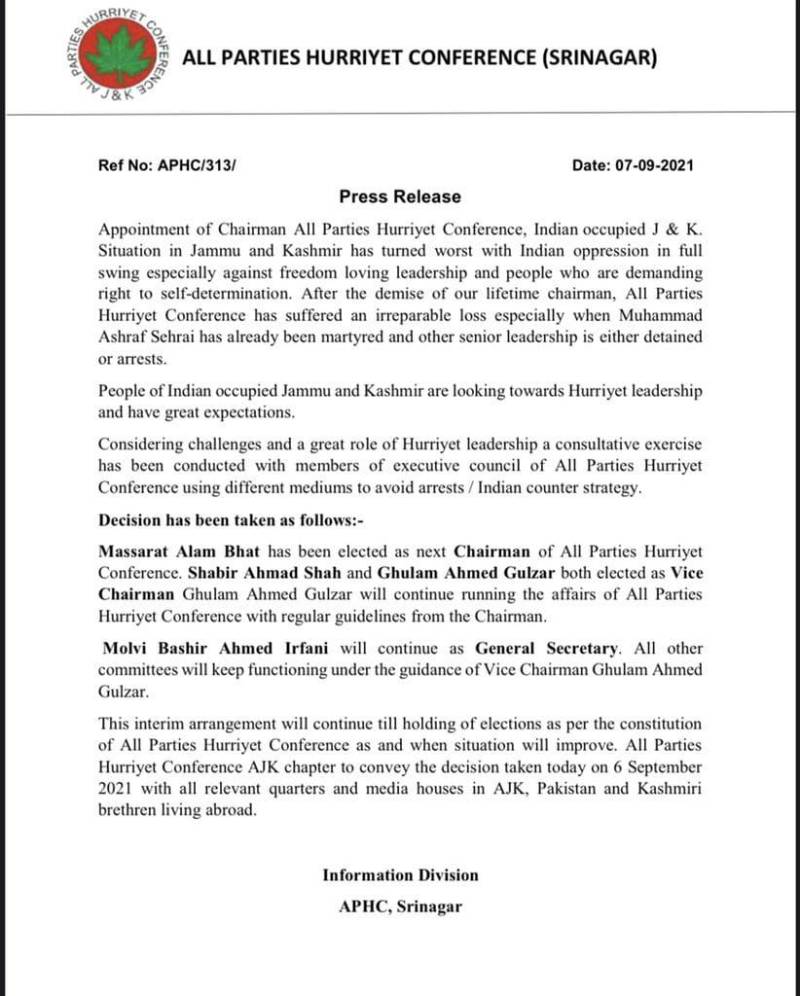 Meanwhile, the press release further mentioned that Shabbir Ahmad Shah and Ghulam Ahmed Gulzar have been elected as the Vice-Chairman of the APHC while Moulvi Bashir Ahmed Irfani will continue as the APHC General Secretary.

All other committees will keep functioning under the guidance of Vice-Chairman Ghulam Ahmed Gulzar.

The press release further stated that the interim arrangement will continue till the holding of elections as per the Constitution of the All Parties Hurriyat Conference.

Some reports also mentioned that Sheikh Abdul Mateen has been appointed as the Special Representative of Musarrat Alam Butt in Pakistan and Azad Jammu and Kashmir (AJK).