First trailer of Jemima Khan's What's Love Got To Do With It? leaves fans amazed 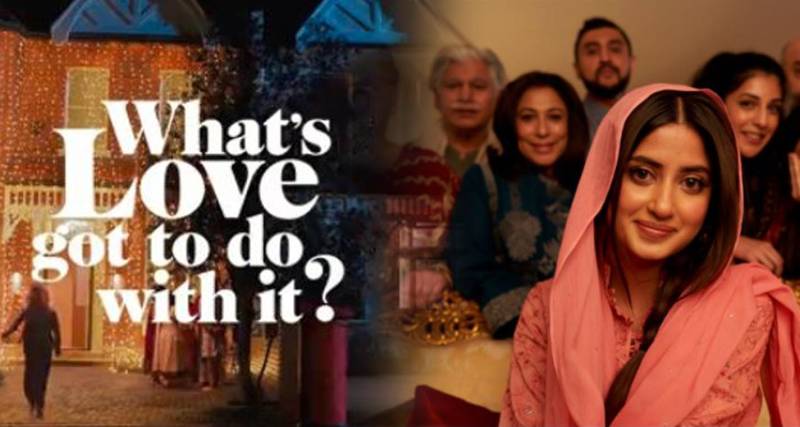 Source: Screengrab/ WHAT’S LOVE GOT TO DO WITH IT? trailer

The trailer of the British rom-com What’s Love Got To Do With It has left fans amazed as its story revolves around a Pakistani bride, a UK-based Pakistani doctor, and his white neighbour.

The wife of former Pakistani premier Imran Khan and British filmmaker Jemima Goldsmith shared the trailer as the film is set to hit screens on January 27.

The two-and-a-half-minute trailer was captioned, Is it better to walk into love, than fall into it?

Is it better to walk into love, than fall into it? 💕 Watch the official trailer for WHAT'S LOVE GOT TO DO WITH IT?— starring Lily James, Shazad Latif, Shabana Azmi, Sajal Aly, Asim Chaudhry and Emma Thompson — in UK cinemas January 27, 2023 pic.twitter.com/jQGb9B9pQ7

The trailer, which many find promising, starts with Kazim (Shahzad Latif) and Zoe’s casual interaction. Kazim plays a physician from a typical Pakistani family while Zoe is his British neighbour and filmmaker.

Zoe turned curious due to two cultural differences as Kazim tells her that he is having an arranged marriage. The inquisitive neighbor then planned to shoot a film on the process while covering the whole idea which will surely amaze fans.

Sajal Aly has been making headlines after it was confirmed that the actor will star in Jemima Goldsmith's What's Love ...

As the Studiocanal backed project is set for release in parts of the world, the director shared no update about screening in Pakistan.