Brussels and EU must “Do More” 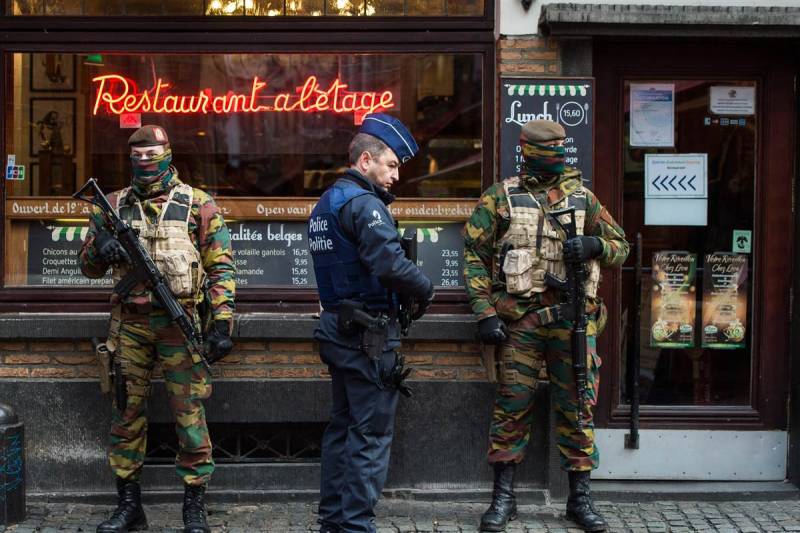 Molenbeek: Another Kandahar in the making.

A victory, of sort, was announced once the third bomber at Brussels airport was identified and charged with terrorism. However, the sigh of relief was short lived as he was freed hours later with authorities acknowledging that the evidence was not “enough for detention”. This adds to the growing list of missteps taken by the Belgian security establishment and the air of confusion that encircles the entire investigation. Starting from Charlie Hebdo attacks to the carnage in Paris and now the latest devastation in Brussels- Belgium, as the jihadist proclaim, is the soft underbelly of Europe.

All the leads are pointing towards a borough not even two square miles from the bustling city of Brussels–Molenbeek. From TV anchors to radio stations in France and Netherlands, there is an air of sorrow, despair and anger but no one seems to be “surprised” by the fact that Molenbeek had a role to play in the bombing–again.

From sniffing dogs to flying drones to the elitist of Belgium forces; the might of EU was for everyone to see as it took them a period of four months to finally nab Salah Abdeslam, prime suspect in Paris attack, from the area half the size of DHA–Lahore. Call it a victory, on your behest!

On Monday 28th March socialist MP Jamal Ikazban, a council member in Molenbeek warned that jihadist text messages are being disseminated to young people. Per capita Belgium already holds the unique distinction of the highest number of fighters in Syria amongst the western European nations. Although in absolute terms France takes the lead as around 1200 of its citizens have said to travel to Iraq and Syria. Conservative estimates point out that roughly 500 Belgians fought in Syria and almost 100 battle-hardened fighters have made it back.

The mere fact that such a huge exodus of people was allowed from the heartland of Europe questions the resolve and more importantly, the very ability of EU security forces.

Cosmetics steps such as the banning of veil were taken while the root of the problem was ignored. Statistically out of a population of 600,000 Muslims only 200 women wore the niqab in Belgium. Political mileage was gained by the move but it played directly into the hands of the propaganda seeking extreme right wing.

The roots of the French-Belgium ISIS apparatus run deep into the social fabric of these societies than previously imagined. The problem can be traced back to 1967 when the control of the Great Mosque of Brussels was handed over to Saudi Arabia in exchange for cheap oil. Thirty years of funding and preaching of an extreme form of Wahabism, in the very heart of Brussels, is an ideal recipe for disaster.

According to a leaked cable in 2007 US authorities were extremely concerned about the distribution of Qurans by Saudi embassy in Belgium and their training of the local Imams who were preaching their brand of Islam to the Muslim Diaspora.

For years, the “Do more” notion is something that our foreign office and the establishment is all too familiar with. In spite of our best efforts and dodgy intentions at times: every press release had a stigma that we must go an extra yard. May it be the calm stature of John Kerry or the ever-demanding Condoleezza Rice, we were unable to convince that it is our capacity that needs polishing and not our intentions that should be questioned.

Fast-forward to 2016 and the West is beginning to realize the menace it has created through years of war has finally come to haunt them. However, the question that begs to be answered is that while they were lecturing us on doing more in eradicating the radicalism; did they actually turn a blind eye to the very source of the problem in their own backyard? Was it sheer negligence or extreme incompetence? In either case, they are sitting on a ticking time bomb and unless they “DO MORE”, the worst is yet to come!