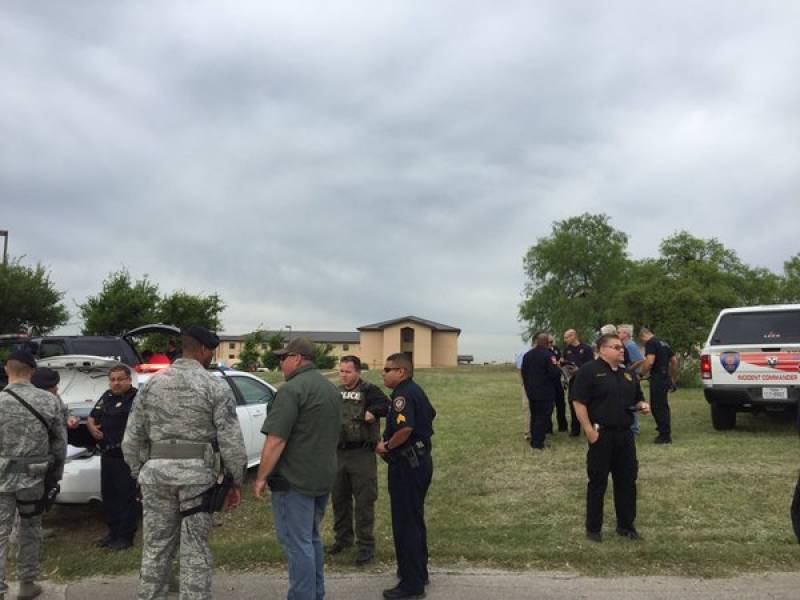 SAN ANTONIO (Web Desk) - At least two men are dead in a shooting at a military base in San Antonio, Texas, authorities said.

The attack at Lackland Air Force Base, a part of Joint Base San Antonio, appears to be a murder-suicide, Bexar County Sheriff's Office spokesman James Keith.

Earlier, according to CBS News, Bexar County sheriff's spokesman said Friday that deputies responded to reports of an active shooter at the Base, NBCNEWS reported.

This airbase is the home of Air Force basic training.

It was the second shooting at Joint Base San Antonio since June 2013, when a retired Army sergeant shot his common-law wife, an Army captain, at Fort Sam Houston. She survived.

We have two dead at Lackland Air Force Base, deputies are still inside the building

Our deputies are inside Lackland AFB clearing buildings now pic.twitter.com/BGwowOBXYF